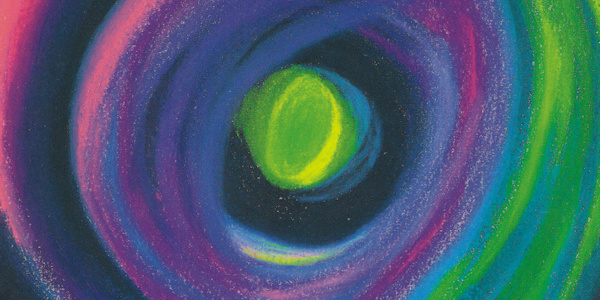 The Moon Node Chart is briefly described in this post from Joyce’s blog.

The Moon Node Chart is unique to the Huber Method, and is one of the three charts used in Astrological Psychology. The other two are the Natal Chart (used by all astrologers) and the House Chart, which I’ve previously written about. You can find out about the House Chart here.

The Moon Node Chart can be likened to a mirror – we can look into it to discover more about the shadow side of the personality, those things which might be repressed and that we don’t like in ourselves, and it can also reveal to us the accumulated knowledge and life experience we bring with us to this lifetime.

The Moon Node Chart shown here reflects the aspect patterns and shaping shown in the Natal Chart below.

The orientation of the aspect structure in the chart is different. In the Moon Node Chart it has a more vertical direction, and in the Natal Chart below, it’s more focussed on the horizontal. This is significant.

Also note that the positions of the planets are reversed, giving the mirror image effect, which makes looking at the Moon Node Chart rather like looking into a mirror, where what is seen is not really there.

The Moon Node Chart is always used alongside the Natal Chart and never on its own. The two are designed to be used together, and this particular technique was researched extensively by Bruno Huber. It can offer insights, for those who are on a path of self-growth and awareness, into where they are coming from. It can also highlight some of their more habitual patterns of response to everyday life – the well-used behaviour patterns. The beauty of understanding and working with this chart is that it can help us to see what is going on in ourselves, decide if we want to keep it or make changes, and then actively and consciously choose to leave our familar and habitual patterns of response and behaviour behind us and move on.

Finding out more about the Moon Node Chart

There are several ways of doing this:

Featured image is from the front cover of Moon Node Astrology.