The Hero with Joseph Campbell’s Face. 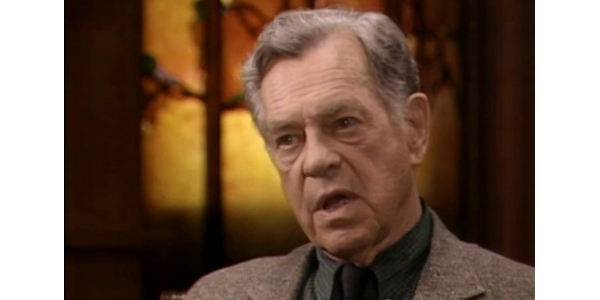 Joseph John Campbell was an American professor of literature who also studied and worked in comparative mythology and comparative religion. His best-known work is his book, The Hero with a Thousand Faces, in which he discusses his theory of the journey of the archetypal hero shared by world mythologies, termed the monomyth.

He is most famous for his quote, “Follow your bliss”, which could be interpreted as following the direction of your North Node in terms of Astrological Psychology. With far too much fire in his temperament (-10), he seems to have intuitively known which way to go in his life, aided by the surplus of air (-2) which enabled him to think things through.

I find it interesting that Campbell has the same planetary conjunction of the Sun, Mercury and Jupiter as Boccaccio (in my previous article). And just like Boccaccio’s learning went on ad infinitum, Campbell’s learning kept on expanding till he finally got Jupiter’s bigger picture.

The above three planetary energies – henceforth called the triumvirate – are involved in every one of the three aspect figures making up The Arena, which consists of an Achievement Triangle, a Small Learning Triangle and a Dominant Triangle. With two oppositions running through his core, Campbell would be acutely aware of opposites. In Myths to Live By (p 21), he writes:

“…the phenomenal, mere appearance of things seen as born and dying, experienced either as good or as evil, and regarded, consequently, with desire or fear.(…) we experience things in this temporal world, in terms always of pair-of-opposites. Passing between, we are to leave such thinking behind”.

This, in Astrological Psychology, is the striking of the balance of oppositions in one’s consciousness, thus coming from one’s centre. It is also an attribute of the Arena as described by the Hubers in Aspect Pattern Astrology (p 234):

“To get to the centre, the opposition requires the overcoming of opposites and the blue-red motivation states: harmony through conflict.”

With Jupiter as the planet of adventure and ever widening views, in this article I want to look at when and how Campbell’s Age Point affected Jupiter, which together with the Sun and Mercury, was the triumvirate in Campbell’s consciousness. Also, whether there is any correlation between the aspects his Age Point makes to this triumvirate and to the stages of the journey described in A Hero with a Thousand Faces (p 30): the monomyth (a term he borrowed from Joyce’s Finnegans’ Wake):

a hero ventures forth from a world of common day into a region of supernatural wonder: fabulous forces are there encountered and a decisive victory is won: the hero comes back from this mysterious adventure with the power to bestow boons on his fellow man.. But first, some facts on his background.

Campbell was raised in an upper-middle-class Irish Catholic family living in New Rochelle, NY. In 1921, he graduated from the Canterbury School and then studied biology and mathematics, but decided that he preferred the humanities.

He transferred to Columbia University at Darmouth College where he received a BA degree in English literature in 1925 and an MA in medieval literature in 1927. In this year – during the AP/Saturn conjunction – his strongest ego planet – enabled him to receive a fellowship from Columbia University to study in Europe where he focussed on Old French and Sanskrit at the University of Paris and the University of Munich. He also learned to read and speak French and German.

Campbell often referred to the work of modern writers James Joyce and Thomas Mann (both on the blog) in his lectures and writings, as well as to the art of Pablo Picasso. The works of Arthur Schopenhauer and Friedrich Nietzsche (also on the blog) had a profound effect on his thinking. He quoted their writing frequently.

The Call to Adventure: the hero ventures forth

In 1924, Campbell went to Europe with his family. On his return journey aboard a ship, the triumvirate blessed Campbell – as suggested by the three AP/sextiles that same year – with an introduction to the messiah elect of the Theosophical Society, Jiddu Krishnamurti. They discussed Indian philosophy, awakening in Campbell an interest in Hindu and Indian thought, one he would take much further in his life. In the 1940s and ‘50s, for example, he helped Swami Nikhilananda translate the Upanishads and The Gospel of Sri Ramarkishna.

On his return to Columbia University in 1929 – during the AP/North Node quincunx – Campbell longed to pursue the study of Sanskrit and modern art in addition to medieval literature. But he didn’t get faculty approval, and consequently withdrew from graduate studies.

When the triumvirate made him aware – thanks to the three AP semi-sextiles – in 1930, of everything there was to learn for his adventurous mind, he engaged in intensive and rigorous independent study in a shack he had rented in Woodstock, New York.

The surplus of Cardinal motivation (-7) underlies his determination to get things done, no matter what. He later said that he “would divide the day into four three-hour periods, of which I would be reading in three of the three-hour periods, and free one of them … I would get nine hours of sheer reading done a day. And this went on for five years straight.”

In 1934, when his Age Point was on the cusp of the 6th house of work, Campbell accepted a position as Professor of Literature at Sarah Lawrence College. With his Mars unaspected in the radix, but not in the house chart, he hitched up in 1938 with the dancer-choreographer Jean Erdman. His Venus is in creative Pisces in the 5th house of creative self-expression, so it is understandable that he would be drawn to a creative woman. They stayed together for almost half a century – a good reflection of the surplus of Fixed motivation (-10) in his temperament. (He would also teach at the Sarah Lawrence College for 38 years.)

In 1935 when his Age Point was firing up Uranus in the 3rd house of learning – the planet at the bottom of the North Node/Sun opposition in the Achievement Triangle – he realised that something was missing in his learning.

When his Age Point in 1937 was face to face with the triumvirate, it also opposed his North Node in the 12th house. This suggests that he was not “following his bliss” which had to include the hidden world of the subconscious.

The C1 happened that same year. Could the major shift in his consciousness have been when he first realised the importance of the inner world? Is this why he henceforth included psychology in his ongoing learning, particularly the symbolic interpretation of dreams of Carl Jung (also on the blog)? Campbell now started interpreting the world myths his Mercury had gathered over the years, using psychological symbolism.

During World War II – and the AP/North Node quincunx in 1941 – Campbell attended a lecture by the Indologist Heinrich Zimmer. The two men became good friends. After Zimmer’s death in 1945, Campbell was given the task of editing and posthumously publishing Zimmer’s papers, which he would do over the following decade. In 1955–1956, as the last volume of Zimmer’s posthumous, The Art of Indian Asia, Its Mythology and Transformations, was finally about to be published, Campbell took a sabbatical from Sarah Lawrence College and travelled, for the first time, to Asia.

While his Age Point was firing up the triumvirate in 1955, he spent six months in southern Asia (mostly India) and another six in East Asia (mostly Japan). This year had a profound influence on his thinking about Asian religion and myth. He could also broaden his knowledge to include religious and mythical thinking of the East in addition to that of the West. The “follow your bliss” philosophy, for example, derives from the Hindu Upanishads

The Hero’s Gift for Mankind

In 1949 Campbell published The Hero with a Thousand Faces, the book he is most well-known for, which influenced the thinking of countless people. But Campbell’s adventurous learning and ever-expanding mind did not stop there. He would heed the call to adventure many more times to follow his bliss.

When his  Age Point had just entered the 10th house, Campbell published between 1959 and 1968, the four-volume work, The Masks of God, which covers mythology from around the world, from ancient to modern. This is a good reflection of what made Campbell stand out from the crowd as no-one before him had such a vast understanding of mythology. Where The Hero with a Thousand Faces draws more from psychology, The Masks of God books draw more from anthropology and history.

The AP/triumvirate trine in 1960 paved the way for Campbell to go to Switzerland and deliver his Eranos lecture to people interested in Jungian thought, entitled Renewal Myths and Rites of the Primitive Hunters and Planters. For ten years he was a member of the Bollingen Foundation which initially published Jung’s works. Campbell often edited and translated works into English for the foundation.

In 1973 when his Age Point was in the private world of the 12th house, now opposed by the triumvirate in the 6th house, Campbell published Myths to Live By.  It deals with the need to include others – in the right hemisphere of a chart, the world out there. On the back cover, he states: “…mythical archetypes can no longer be exclusive… We must recognize their common denominators and allow this knowledge to help us in fulfilling human potentials everywhere.”

When his consciousness was running in top gear in 1987, as suggested by all the AP/triumvirate squares, he was working on a large-format, lavishly illustrated series titled Historical Atlas of World Mythology. Jupiter would have been proud of him!

Campbell died later that same year from complications of oesophageal. Fortunately for us, he had just completed filming the series of interviews with Bill Moyers that aired the following spring as The Power of Myth.

It seems that there are indeed correlations between Age Point encounters with Jupiter and the hero’s journey in Campbell’s life. In my next article, I will look at the Jupiter energy in my own chart and life. With my Age Point approaching Jupiter on the Ascendant. I am looking forward to what adventure Jupiter will be taking me on in the near future.