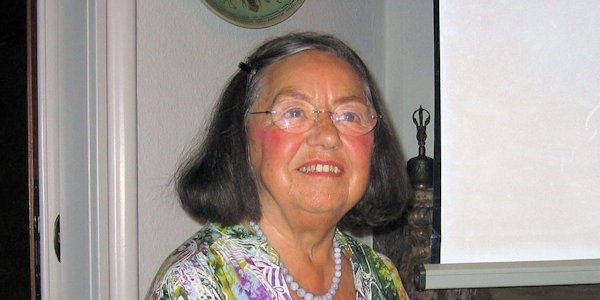 Sad news has reached us of the passing of Louise Huber co-founder, along with husband Bruno, of the Astrological Psychology Institute (API) in Adliswil, Switzerland.

Bruno, when he was alive, said that theirs was a complementary partnership. He was the scientific researcher and Louise contributed intuitive and sometimes instant understanding of those aspects of astrological psychology that they were learning about as they developed their method. Both of them had been instrumental in founding the Geneva branch of the Arcane School in 1956, and Louise’s study of the works of Alice Bailey was an ongoing, lifelong task which she undertook joyfully, leading regular Full Moon meditations. In 1959 she and Bruno moved to Florence to study psychosynthesis with Roberto Assagioli, and to work as his assistants. On their return to Switzerland they founded API.

Louise is survived by her son, Michael, and her four grandchildren.

We would like to make the major theme of the next issue of Conjunction a tribute to Louise. Please send any reflections of your own, long or short, to editor@astrologicalpsychology.org by the 20th April deadline, and we will aim to include them.

The featured image shows Louise Huber teaching at the API house in Adliswil, Switzerland in 2005.
This was the last seminar given by Louise in English for members of the English and Spanish schools of astrological psychology.