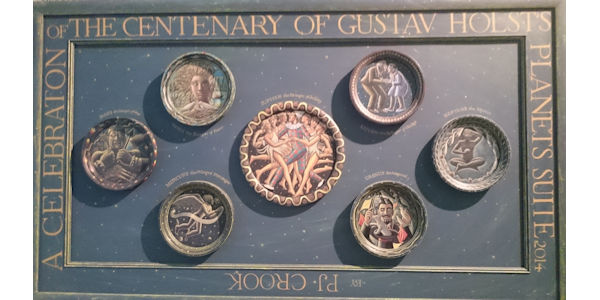 Gustav Holst and The Planets Suite

I recently visited the Holst Birthplace Museum in Cheltenham and was fascinated to learn about this British composer’s life. I’ve long been a fan of his Planets Suite and have occasionally wondered how he was inspired to write music about seven planets with their correct, traditional astrological characteristics. At the museum I discovered that he was inspired by astrology, a subject he clearly knew something about as explanatory titles to each of the planets in the Suite are included:

Holst’s other esoteric interests included Indian mythology and spirituality; he had travelled in India and some of his compositions were inspired by this experience. I was keen to look at his chart to see how some of what I had learned about Holst during my visit might be reflected there. 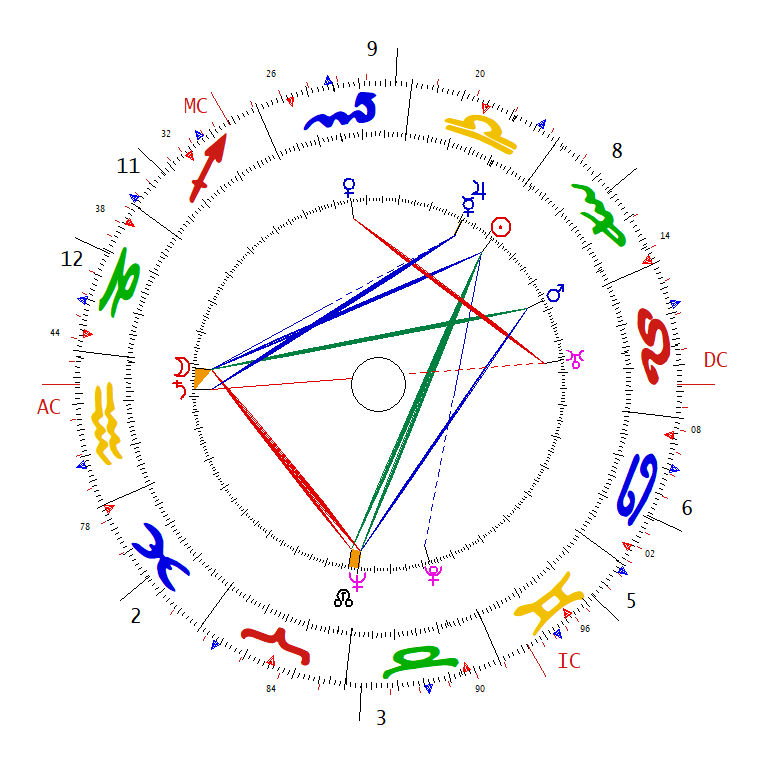 Holst was born in Cheltenham on 21st September 1874 at 4.24 pm (data: RR AA). His chart shows a mixed Dynamic/Linear motivation – flexibility combined with bouts of restlessness – and the green quincunxes suggest an inner sensitivity and awareness. The six planets in the 3rd Quadrant indicate a conscious awareness of the needs of others. His Moon/Saturn conjunction straddling the AC hints at possible reticence and shyness – that is until the eye is drawn to Saturn’s opposition with Uranus and his well-aspected Moon connecting with most of the other planets via the Dominant Learning triangles. Neptune sits low down in the chart, stressed before the 3rd cusp and conjunct the North Node; would this perhaps be the source and the spur to write, compose, teach and perform music?

What came across very strongly during my visit was the character and essence of the man himself. Quiet, modest, gentle, and with ongoing health problems, he was declared unfit for service in World War 1, but organised music activities in military training camps, hospitals and prisoner of war camps.

His mother died when he was 8 years old. Of note is that during this period his Age Point was opposite the Sun and made aspects to many other planets. The first crossing point of his natal and nodal charts was in process too, highlighting the 2nd/8th house axis of my/your possessions and reinforcing the potential significance of the emphasised 3rd Quadrant. My impression, during my visit, was that Holst wanted to engage others and be involved in some way in enriching the lives of those he came into contact with. Old photographs on display in the museum demonstrate how highly he was regarded when he worked as a music teacher at St. Paul’s Girls’ School in London. 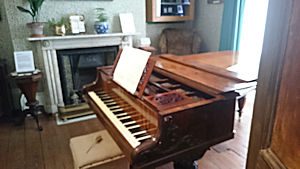 Mars, Bringer of War, the first planet in The Planets Suite, was composed in 1914 when war in Europe had broken out. Its composition coincided exactly with Holst’s Age Point reaching Mars in his chart. The Planets Suite was completed in 1917, as his Age Point approached his Virgo Sun. The magnificent grand piano he used to compose The Planets is on display in the front parlour of the house, which is presented as a period piece and furnished as it would have been when Holst was born there. Visitors are asked not to play the piano as it’s particularly delicate, but I was able to gently touch the keys and appreciate the quiet, unassuming man who created meaningful music for me, an astrologer.

When you next hear or sing the Christmas carol, “In the Bleak Midwinter”, you can maybe appreciate Holst too, as he also composed this very beautiful piece.

Image of statue by Jongleur100 (Own work) [Public domain], via Wikimedia Commons

2 thoughts on “Gustav Holst and The Planets Suite”