The EU referendum: Do we stay or do we go? 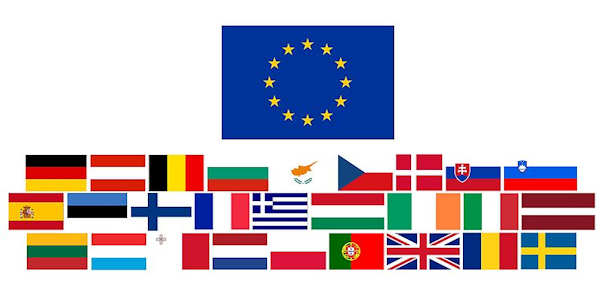 Back in 1975 I voted for Britain to stay in the EU, or the European Economic Community (EEC) as it was called then. Although there have been rumblings and vague promises from the government about having another referendum in the last few years, it’s only now in 2016 that this is going to happen. And just what might happen? What might the outcome be this time around?

The Astrological Association’s current e-newsletter carries three chart interpretations by three different astrologers seeking an answer to the “Do we stay or do we go?” question. One says it could go either way; the other two think the vote will go to the Brexit camp.

Astrological psychology is a far cry from the techniques of mundane astrology which would probably give an overview of the whole situation using charts of the UK, including the chart of union with Scotland, to get to an answer. With no such techniques under my belt I decided to do a bit astrological sleuthing using the charts and techniques I’m familiar with and proficient at.

The first hurdle was deciding which chart to use. Was it to be set up for the day of the referendum (23rd June 2016), and if so, for what time? Should it be the time the polls open for voting on 23rd, or the time they close at the end of the day? And what about the counting. When does that start? And when does it finish? Presumably when there’s a result – but of course, we don’t know when that will be! Where to set the location for the chart was relatively easy to decide upon. It had to be London, but in the end I didn’t set that chart up at all.

Armed with a few ideas I started my astro-sleuthing by deciding to look at the chart of the 1975 referendum, which is when the alliance with the EEC/EU was “born”. I tracked down a few more details and discovered that the count for that vote didn’t begin until 09.00 the following day. I treated this date as the “birth” of the UK’s membership which the population had voted for or against, so this is the chart I’m using here. Of course, like any birth, the process was underway for some time before the actual moment of birth – the moment when the votes were all in and the result was clear. The nearest I was able to get to a time was 14.00 on 6th June, when a two hour live results programme was aired on the BBC. At 14.00 when the programme started, the results were already pretty clear.

In response to the question Do you think that the United Kingdom should remain part of the European Community (the Common Market)? 67% of the votes counted had responded Yes, and 33% saying No. As I read the question people voted Yes or No for, I remembered that wording from 1975!

Now to the chart and the astrology. The chart is set for 6th June 1975 at 14.00, London. I’m not going to cover the basics of the chart as that’s something readers can do for themselves, and if you do this and get some insights and good ideas, please share them in the comments box! No, I went straight for the Age Point, as I thought this might resonate interestingly with our upcoming referendum.

The 1975 referendum took place 41 years ago, and the Age Point in the chart is in Aries in the 7th house. The cusp of Aries and Taurus is not far away, indicating a forthcoming change of energy from fiery activity to more earthy consolidation. The frenetic fire will be inclined to give way to more stability; things could slow down a bit. The Age Point is not making aspects to any other planets, but is hovering in the weaker end of Aries, in the mutable zone of the 7th house, approaching the 8th cusp. The fire might be dwindling a bit but the environment is demanding attention and an output of energy which might feel a bit like hard work. Flogging a dead horse comes to mind, but I don’t know why at this point.

I then looked at the Age Point in the node chart and found it is positioned close by the Age Point in the natal chart. Aha! The intersection of the Age Point in both charts is ongoing. This is the crossing point, it’s in process and will become exact in September 2017. For the purposes of my astro-sleuthing, this seemed highly relevant and interesting. The effect of the crossing point is rather like a siren, first heard in the distance then growing louder and louder as it approaches only to diminish and die away as it moves on. The Age Points in both charts would definitely be at the noisy clamour stage, demanding attention. This immediately seemed significant, especially as the nodal Age Point will be conjunct the Moon in the node chart four weeks before the referendum on 23rd June.

Next thing to consider was the axis on which this intersection of the Age Points would take place. It’s really too close to call on this one as both the 1/7 Encounter axis and the 2/8 Possessions axis are involved; the crossing point will involve both, like having a foot in both camps. At this stage it all started to feel a bit like the Brexit/Remain campaigns. Remain I’d see as being more 1/7 Encounter oriented, and concerned about our relationship with other EU countries and the rest of the world. Brexit falls into 2/8 Possessions mode, hanging on to what we have, our sovereignty and the rest of the world can lump it if they don’t like it!

It’s worth considering the significance of the nodal Age Point’s conjunction to the Moon. What is in the Moon Node chart is something which lies dormant until activated by Age Point and by the crossing point. Then it comes to the surface, demands attention, appears around every twist and turn in life and forces us to look at whatever it represents within ourselves. The 8th house Taurean Moon in the 1975 referendum chart which is currently being stirred and awakened by both the crossing point and the nodal Age Point is going to want to hang on to what is precious and important. For many people this could well be echoes of the UK of the past, of independence and of not being a part of Europe. There’s a whole lot of feeling being stirred up about how we could make it on our own, out of the EU, and emotionally there’s possibly a need to stand up, be counted and show this. For me it’s reminiscent of taking a stand against Hitler in WW2 and the British Bulldog spirit.

If I was into making predictions, based on what I’ve been exploring in this chart, I’d say that the majority vote could easily be to leave the EU. But once we’re out, that’s it. No going back. And one of the reasons for unifying Europe was to prevent the circumstances which led to WW2. Will the vote veer towards the energy of the 1/7 Relationship axis, or to the 2/8 Possessions? We’ll know on 24th June.

These views are my own. Your comments and input on the chart and the referendum are welcome.