Why did I do that? 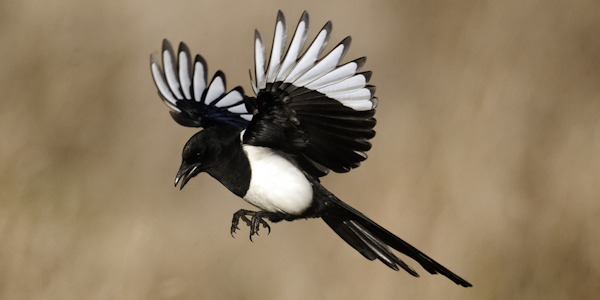 I was recently asked why I had done something that was apparently rather ill-judged, and realised that I had no idea why. I had just done it. Of course, I could produce plausible reasons as to why I had done it, even try to justify it, and there might be an element of truth in this rationalisation. But it would not actually be true. So what is really going on here?

Take a really simple example of crossing a rather busy road. You look first one way, then the other, and back again. All the time you are perceiving and judging, in an essentially Jupiterian manner, whether you will have time to cross. Eventually you see that it is OK to cross, and then think to yourself ‘yes, it’s OK to cross’, as you step out into the road. A magpie will behave similarly, as it pecks at a carcase and then flies off to avoid an oncoming car, but without the subsequent rationalisation. We are of the animal world, and indeed our remote ancestors lived in the same world of language-free ‘original participation’, described by Owen Barfield in his rather inaccessible work ‘Saving the Appearances’.

Then consider more complex situations. Perhaps we are problem solving. There are many factors, pros and cons. We marshal all the facts in a very Mercurial way. Then comes the decision and action. How often is this a reasoned Mercurial decision and how aften a Jupiterian ‘gut feel’ based on the accumulated facts? I suggest it is essentially the latter, and Mercury then rapidly gets around to rationalising about the decision taken.

There is a useful model in Bruno & Louise Huber’s book ‘Transformation: Astrology as a Spiritual Path’, Chapter 2 ‘Dynamic Quadrants and the Dynamic House System’, which identifies mutable, cardinal and fixed stages to any activity. At the mutable stage, before any action, are identified three sub-stages of 1. Doubt and Criticism, 2. Idea Formation and 3. Deepening. Here we are going through various Jupiterian and Mercurial (and Venusian) processes to sense and analyse the situation, setting the scene for decision and action.

Then comes the cardinal stage, of which the first sub-stage is termed 4. Will Formation, followed by 5. Action. Stage 4 is the key: it is will, which we would identify with the Sun, that determines the action. This is not a Mercurial process. It does have characteristics more akin to Jupiter in that it comes from our essential living self; Mercury may be consulted but it is not the decider. (I hesitate to use George W.Bush as a model for anything positive, but he actually regarded himself as ‘The Decider’ for his administration, the Sun around whom his team revolved.)

Of course, the Decider can decide to abdicate and adhere to a set of rules that decide based on a ‘score’ or some such, even a random number such as I recall in Luke Reinhart’s 1970s story of ‘The Dice Man’, where every action was determined by the roll of a dice. But then (s)he is not attending to the needs of the specific situation. With horror, I realise that public tendering processes that automatically choose the lowest bid are making precisely this sort of error, and are often mandated.

This brings to mind Iain McGilchrist’s magnificent book ‘The Master and His Emissary’, reviewed in Conjunction 51. McGilchrist’s theme is the usurpation of the function of the whole individual (and indeed our culture) by left-brain (Mercurial) dominance, which has attempted to deny our feeling nature in all important things.

This reality is a bit of a problem in modern society. We are trained to the nth degree in language, and to live by rules (laws) based in language and disconnected from the natural world and our feeling self. But true action and morality are not based in language – they are based in directly understood truth, beauty and goodness (justice/empathy). (See e.g. John Bradshaw’s excellent book ‘Reclaiming Virtue’, reviewed in Conjunction 50.) The society that lives solely according to laws and self interest, rather than by what is right and needed, is apparently increasingly beginning to self destruct (eg pollution, global warming, wars, refugees, gross inequality etc etc). Without making the needed changes to our approach to reality, we are likely to fail to adequately address them, with severe consequences.