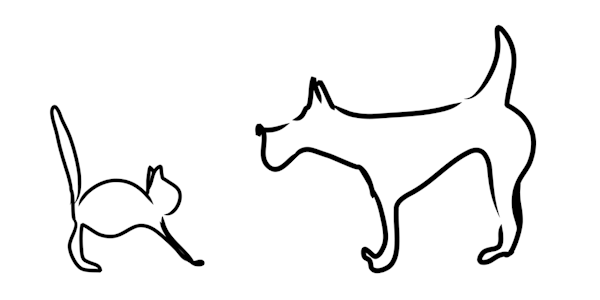 The strange case of the Astrology Centre of America

Updated version 27 Jan 16. If you live in the USA you may well be aware of the online astrological bookshop of the Astrology Centre of America, which holds stocks of, and sells many books on astrology and astrological psychology, including those by Bruno & Louise Huber and by Joyce Hopewell. It has been brought to our attention recently by Faye Cossar, who found some of its material about the Hubers and their books ‘highly offensive”.

The page in question is http://www.astroamerica.com/huber.html. The average Huber student will find this material rather disturbing. The first sentence characterises Bruno Huber “as Jesuit-trained simpleton”, “wasn’t that bright”, and “found the study of astrology beyond him”, all of which appears to be gratuitously and deliberately offensive.

Inaccuracies also begin in the first paragraph, Bruno is characterised as being in Zürich “under the spell of C.G. Jung”, when he actually spent three years in Florence working with Roberto Assagioli, the founder of psychosynthesis.

Comments go on in this sort of vein, with numerous inaccuracies, mis-characterisations of the Huber Method/astrological psychology and demeaning comments. Most of the books are considered in turn, with detailed lists of contents, frequently critical remarks and occasional faint praise.

For example, on The Cosmic Egg Timer,

“…these books will appeal to those who want a certain sort of philosophical construct in their lives. Which is most clearly expressed in LifeClock. Get it, see how you get on with it, and then come back for more.”

I first came across this site in 2013 and contacted the bookshop, which was established and run by an interesting character called David Roell. Roell was an outspoken guy with a deep interest in astrology and a deep distaste for psychology and psychological or spiritual  approaches to astrology. It was clear from our email conversation that he was very attached to his own perspective and had no intention of changing the way he expressed it. However, he did go on to look at more of the books and extend the range of his reviews, including some more positive comments such as those above.

From Roell’s perspective, the Huber approach was far too simple, avoiding much of the richness of astrology – so in his view Bruno Huber could not ‘read charts’. Bruno’s perspective was always the opposite – to simplify the astrology and maximise the ability for the individual to understand themselves and their potential, to help in their personal evolution – so Bruno chose those aspects of astrology that his research showed best helped in this. Their positions are thus in a sense irreconcilable.

So why did Roell give the space to consider and sell the Huber books? I think he would not have minded my quoting from his 2013 email:

“I stock [Huber] books in order to stock everyone.  I fully expect my remarks will discourage study of him, but I also expect those who want his books and who cannot get them elsewhere will ignore my remarks and get them from me.  I am otherwise actively engaged in promoting astrology.”

Unfortunately Roell was unrepentant on the more offensive parts of his texts, and declined the suggestion that he should water them down:

“A simpleton Bruno was and a simpleton he will remain.  Which, in the end, is what some people want and what they understand.  Which is why Bruno Huber’s astrology exists and will continue to exist.  I want to make it clear to shoppers on my site that they can go further in their studies.  Having done so myself I have a responsibility to teach others, even if that makes me a target to some.”

One of the great things about the internet is the freedom of speech that it allows, so unfortunately this demeaning terminology will probably remain on that website. But perhaps we should just try to look beyond that and see the valuable service provided by the Astrology Centre of America and David Roell in making these books easily available.

Footnote: It has come to my attention that David Roell unfortunately died in July 2014; it is not clear if the Astrology Centre of America is still operating, as the website appears not to have been updated since Roell’s death. Perhaps a reader could enlighten me.