The Six and Thirty-Six Years in Huber Age Progression 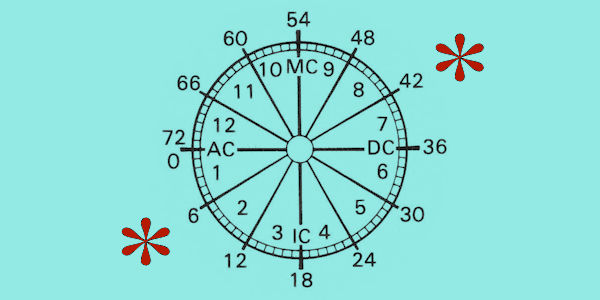 The Six and Thirty-Six Years in Huber Age Progression

An exploration of Huber Age Progression, which seeks input from both astrologers and non-astrologers at the end of the post.

The Huber Method of Age Progression is based around splitting the first 72 years of life into twelve psychological life phases, each of 6 years duration.

The phases roughly correspond with the astrological houses, except that the process of psychological change begins around the time when the Age Point is 2 years 3 months before the end of the preceding house (technically the Low Point, or Golden Mean of the house).

Of course, if we know the birth date/time/place an astrologer can draw up a birth chart and gain much more information about the psychological processes that are going on.

The twelve astrological houses thus represent twelve stages of differing psychological orientation, to address the challenges of different stages of life. The twelve can be subdivided into 2 (hemispheres), 3 (quadruplicities), 4 (quadrants), 6 (life phases), each with specific astrological meanings. This is the magic of the numbers 2 and 3 combined.

As the Age Point passes through each house, the person encounters, within that context, the astrological features peculiar to their own birth chart, giving a rich diversity over and above the simple house division.

As we progress through life, there are 6-yearly psychological echoes of the energies of earlier periods of life, when astrological ‘aspects’ are made to specific astrological features, such as planets. This effect is particularly strong after 36 years (opposition), when we re-encounter the energetic pattern of 36 years before, but from a wider or closer perspective.

If the earlier period was of great psychological significance, for example involving traumatic events or significant psychological growth, then we can expect some echo of these concerns after 36 years – particularly if the events were not at the time psychologically resolved. Perhaps, in some way, we reconnect with the events or the people that were involved in them, or similar patterns recur – and new insights or development can take place.

72-year echoes – the second time around

So what happens after 72 years, when we have travelled through these 12 psychological life stages, the houses? According to Huber Astrology, we begin again at the point of birth (Ascendant=AC), and travel through the 12 houses again. From here on, we encounter energy patterns that we first experienced in childhood, then adolescence, then adulthood.

This is like the 36-year effect above, but now we directly encounter the same patterns again. So an unresolved trauma at, say the age of 3, may suddenly become a significant psychological issue at age 75, if it was not resolved around age 39.

Note that both the 36-year and 72-year echoes, while a consequence of Huber Astrology, do not require any significant astrological knowledge or generation of a birth chart to be understood.

Evaluation of our age progression through the 6-year houses is of course one of the key tools given to us by Huber Astrology to understand the psychological phases and events of a life. This is the province of seekers, counsellors and teachers of astrological psychology.

It is also possible that the non-astrologer could gain some insight into their life’s psychological progression by considering just the 12 houses, without any further astrological information.

But when it comes to considering the 36-year effect (or the 72-year effect), a person who is aware of their internal psychological process through life may become aware of this effect, without any knowledge of astrology.

Quite remarkably, we have an effect highlighted by Huber Astrology that does not require any astrological knowledge to understand.

What we would like is stories of these 36- or 72- year echoes in people’s lives – the echoes of trauma, challenge or psychological growth that have occurred over a lifetime. Perhaps an issue was only partially addressed when first encountered, only to be fully resolved 36 years later. Perhaps it was still not resolved, but better understood. Perhaps a period of expansion went into stasis but was revived and pursued 36 years later…

We would like these stories from both astrologers and non-astrologers. Of course, if you can supply birth date/time/place we can analyse to see what was happening astrologically in your chart.

Please send your stories either as a comment on this post, which will be publicly visible, or confidentially by email to webmaster@astrologicalpsychology.org. NB if you have already given us your story as part of our ‘the second time around’ project, you do not need to resubmit it.

Please also pass on this request to your friends (above the age of, say 40), in the interests of astrological-psychological exploration!

And please state if you are happy for your story to be included in any publication of our researches, and whether you would like this to be anonymous.