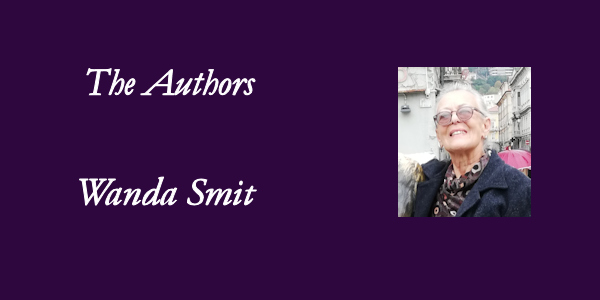 Wanda Smit answers Joyce Hopewell’s questionnaire, which aims to elicit what motivates people to write books about astrological psychology. Wanda is author of the ebook One Cosmic Day, and numerous posts on this blog.

1) What inspired you to write this book?

While I was studying the module dealing with Age Point Progression, I wanted to see how it relates not just to a few events in my life, but to my whole life. I was in my late fifties then, so One Cosmic Day covers nine houses. I firmly believe that you cannot give to others what you haven’t first given to yourself.

2) What did you enjoy about writing it?

I enjoyed the process of seeing my life in a new light, within the context of Astrological Psychology’s Age Point Progression.

3) What – if anything – surprised you in the writing process?

I was surprised at how often events in my life related to planetary aspects, particularly conjunctions, oppositions and trines.

Trying to be as objective as I can in my AstroMemoir. (That was the reason why I wrote it in the 3rd person of Diana for the initial series of Conjunction articles.

Also, to write in a style that is more readable than most ‘academic’ writing by combining the right brain and the left brain. I included short stories I had written over the years which reflected particular planetary aspects.

5) What did you enjoy most?

I had kept diaries in my thirties and forties, when I was studying Jungian and Archetypal Psychology. I could thus often see how what I had written at a specific time coincided with Age Point/planetary aspects, at times, even with semi-sextiles.

6) What did you learn about yourself in writing this book?

The greatest discovery was that I had been on the right path all along, that of the North Node in Pisces in the 1st house. Before, I had often wondered, but seldom questioned, why I was so independent and loved living on my own, keeping to myself as the five planets in my chart in the 12th and 1st houses suggest. Now I know the spinster spinning her yarns was the right way for me to go. And what better spinning wheel than Age Point Progression?

7) What new insights did you gain about astrological psychology?

Wanda in Trieste with James Joyce

That it has great value as a discipline to look at one’s life. This is also the reason why I prefer reading biographies to get an overview of a life rather than just the short insights of a consultation. It gives me more understanding of how the planets played their roles in a particular tragedy or comedy. I am often astounded at how a few lines from a book by the writer under discussion reflect his/her consciousness as suggested by the chart, perfectly.

8) What impact would you like this book to have?

I do not believe in absolutes, but I know that Astrological Psychology is an excellent way to make sense of one’s life, more so than most other disciplines. It would give me great pleasure if readers looked at their own lives within the context of Astrological Psychology’s Age Point Progression, see where the challenges were and how they dealt with them, remembering that meaning has to be lived before it can be understood.

9) What are you working on now?

Articles for the Blog on authors I have read, on artists or musicians I appreciate, on people who have given mankind their best. I believe that human consciousness is changing fast due to IT – most of my students over the past decade who studied Creative Writing hardly read a book! To me, the 20th Century was the verbal age, whereas the 21st Century is the visual age.  So I am reminding readers of the 20th Century Greats, B 4 texting and emoticons become the new language!

Also a series on my experience of the essence of planetary energies – 5 in total – my consciousness will experience over the next years. Once my Age Point is in the first house – in the 2020s – I will write One Cosmic Night which will deal with the final acts in The Play of my Life.