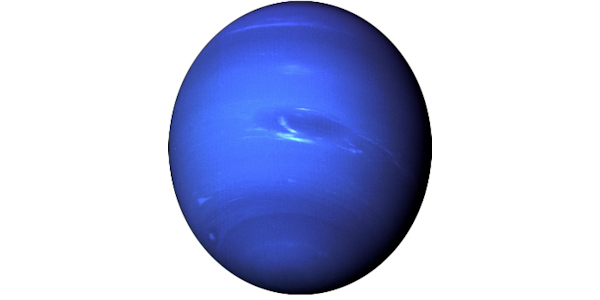 This is the first of two posts on John Grove’s explorations into his Neptune.

What is written here is an example of my life-long project to understand the effect and siren call of the planet Neptune in my natal horoscope. The struggle I have had is nothing less than a battle with my own ego, first caused by the disillusionment that comes from recognizing the force of the Neptune energies in my chart and then going beyond the limitations of my own ego identifications to include a universe of possibilities that Neptune represents. This amounts to nothing less than transcending ego consciousness and learning to perceive non-duality against the backdrop of my personal history of taking a stand against the chaos that comes in when I allow Neptune energies to influence me in negative ways.

When Neptune was discovered in 1846 there were synchronistic events on the world stage of technology with photography and moving pictures which paved the way for movies and the illusion of art imitating life. Concurrently at that time, the study of the unconscious psyche was advanced by C. G. Carus. i

Steven Forrest in his Book of Neptune wrote that a “sextile between Neptune and Pluto took place during the 1940’s and this sextile will break up by 2030. This will continue to have the effect that all people living on the planet will have this aspect which… they will have (the energies of these planets) consciously integrated into the collective… and in sextile these planetary drives induce spirituality and psychology to excite one another…the synthesis of which is a relatively new development…having the consequences of inviting us as a people to move to the pole of consciousness that is opposite the ego.” ii

During the Etruscan era in the 8th to 2nd Century BCE, Neptune (Netphones) was associated with wells, rivers, springs, the ocean and was worshiped as a god. The god had two aspects: a tranquil water type and a gushing water type. He was the god of moisture and also of the sea. Later in Greek myth, he was known as Poseidon and he was the god of the sea. He had the qualities of striking his trident and with one blow could split rocks and cause earthquakes. Later in Roman myth, he was known as a god with violent temper who could change forms ( shape shifting); he was charged with ruling over the Sea .iii iv

To understand the nature of this planet we want to study the symbolism of Neptune in myth which was refined and condensed over the centuries. Recently there are four psychic aspects of Neptune which Dr. Maureen Demot first identified.

Neptune is so prominent in my chart hitting with hard aspects to two ego planets, the Sun and the Moon. Neptune is in opposition to the Moon. Any opposition aspect produces tension, repression and pressure.

According to the Huber Method, the Moon represents our emotional response: the spontaneous inner child, compassionate, sensitive part, reaching out for love and sympathetic understanding. And it can be associated with the Mother as a caregiver but could represent any caregiver who nurtures and gives love back to the child reaching out for love. It is associated with our ego needs for total acceptance and it is very sensitive to rejection. vi

Psychologically, Neptune represents transpersonal love, uncertainty and is associated with mysticism, paranormal and the selfless, non-ego state. In analyzing Neptune aspects to the Moon, it helps to consider that Huber designated hard and soft planets. The hard planets are Mars, Sun, Pluto, Saturn and Uranus; the soft planets are Jupiter, Neptune, the Moon, Mercury and Venus. Huber astrology determines that activating red lines to sensitive planets (like the Moon and Neptune) could irritate and lead to bad reactions of exaggeration, hypersensitivity. vii Potentially, one could deceive oneself by over-identification with significant others in relationships; through empathy and compassion one could rescue them from themselves. These negative qualities of Neptune were more prominent with opposition and square aspects to my Moon and the Sun, respectively.

If you look at my chart, Neptune and the Moon are in the 10th and 4th houses respectively, on the individuality axis which has to do with the polar opposites of being an individual vs. belonging to the collective (family, tradition, society). viii

The opposition between Moon and Neptune suggests a tension between tradition and the family vs. the authority that comes from individual development in American society. So, I would have a tendency to over-identify with family members at times and then at others assert my individuality causing tension, repression and confusion in both areas. As one area gets attention, the other area of life suffers. You can imagine the cognitive dissonance these behaviors caused in myself and others as I vacillated between these environmental domains.

Neptune also has a red square aspect to my Sun in the second house which is in conjunction to Jupiter. A square aspect has qualities of friction, stress and deployment of energy. The Sun which is a hard planet and the focal planet of an achievement square (a T-square) is stimulated by Neptune; but the Neptune square can also deplete and sabotage the Sun’s need for egoic self-expression. Assertive ego identity vs. a selfless identity within myself created friction for me as I tried to navigate my actions in the outer world and become self-supporting. Jupiter also receives Neptune’s red square aspect too so it expands its energy to be generous to others which causes friction in the arena of personal resources and this generosity and kindness can deplete my resources. (Jupiter in 2nd house). I could tend to promise others more than I could deliver; or attract people who would take advantage of me.

Neptune opposed the Moon square my Sun and Jupiter slowed down the developmental achievement of leaving home because the complex created guilt and a sense of vacillation in going forward with my individualism process – becoming my own man. In the next post I will cover in more detail the continuing working out of a complex through dream work and self-analysis.