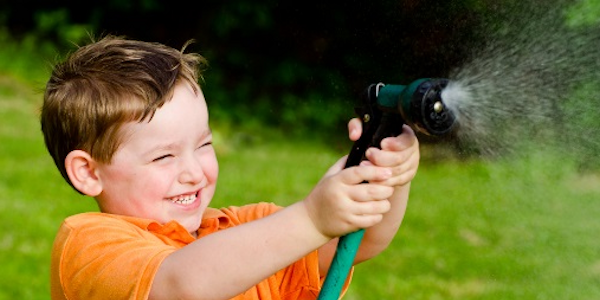 One of the exciting things about Huber astrology is the charts themselves, they are so visually striking. They are always drawn using bold colours and clear graphics. This is to enable the astrologer to very quickly grasp the psychological makeup of the person as a whole, rather than spending time darting all over the chart studying each aspect of it in detail, then having to piece it all together, these charts immediately enable us to home in on the essence of the individual.

In fact the first thing we do, before we attempt to interpret it, is to look at just the aspect pattern and allow our intuition to speak to us. This can tell us vital information about the person’s inner motivation….what drives them and makes them tick. In this way, we have already begun to understand our client and it gives us a valuable heads up. In order to do this, we gaze at the chart, with eyes half closed if it helps, and just imagine what the picture reminds us of. It’s a bit like looking at the clouds in the sky and saying, ‘oh look, that one looks just like a rabbit’, or ‘see that one, it looks like a teapot with a long spout’, or whatever. Usually the first image that comes to mind is very revealing and it is amazing how accurate these intuitions can be.

To demonstrate to you what I mean, here is the same chart again showing just the aspect pattern and two of the images it conjured up for me…..

This pattern seemed to represent something being sprayed from one side of the chart to the other. I imagined someone aiming a hose pipe and other people getting very wet!

Another idea that came was of a whisk, very briskly stirring things up in a bowl. It seemed to characterise someone who liked to stimulate, to grab attention, or stir things up. The bowl side was facing the whisk side, and this seemed to show that whoever or whatever was being sprayed was somehow acting as a container. It turned out eventually, that this person was a comedian who regularly whisks people up for a living with humour! The bowl then came to life, as I realised that it represented the audience that were being ‘contained’ or captivated and entertained!

Having first acquired an image, I now had the gist of the chart owner to work with. I ‘knew’ that this person liked to agitate things, but why, I wondered? The shape of the aspect pattern, the direction of the aspects themselves and the colours began to give me more clues. But the Moon, being all by itself, seemed to be the key player. In effect, it pulls the strings of all the other planets. The Moon is on the ‘I’ side of the chart, but the other planets are all on the ‘You’ side. This tells me that this person’s emotional, feeling-self (Moon), fuels what happens in this person’s life. The Moon is our means of making contact with the world. It is subjective, so how we feel about those contacts affects how we respond or react. If we gain approval we feel happy, but if we don’t, we feel unhappy and can blame the world for how we’re feeling.

In this chart, Moon isolated in the first, ‘Me’ house, shows that personal feelings rule this person’s life. Moon always wants to be loved, and here it self-centredly does everything it can to attract the attention it needs. In the cardinal zone of the 1st house, near the AC point of birth, this Moon instinctively knows it needs to be liked in order to receive love from ‘You’, and it knows its very survival depends on it. Using the outward-going cardinal energy, people with this placement enthusiastically get what they need by being nice!

Moon is in the sign of Sagittarius and this generates an open-hearted, warm, light-hearted nature. Aspected by Jupiter in Leo, it could describe a show-person. Opposite Moon, Uranus on the DC, in the ‘You’ area, points to someone who might interact in an original or unconventional way, perhaps using quirkiness or shock-tactics to gain attention. Gemini would add originality, versatility and intuition and Mercury in the 5th house, will use creative communication as a way to impress. So, just by following up on what the image tells us and by homing in on the ‘whisk’, we have already found out a great deal about this person.

Psychologically, in the Huber method’s Family Model, Moon represents the child, or the child within. Sun represents father and Saturn represents mother and both of these planets are on the ‘You’ side of the chart. Indeed, mother is opposite the child, indicating that she was probably busily occupied ‘over there’ with her own circle of friends and associates, leaving this Moon-child having to turn cart-wheels to gain her attention. From this, we can gather that as a child, this person might have felt they needed to ‘put on a performance’, or tell jokes, in order to receive the much needed response. Thus, a comedian was born!