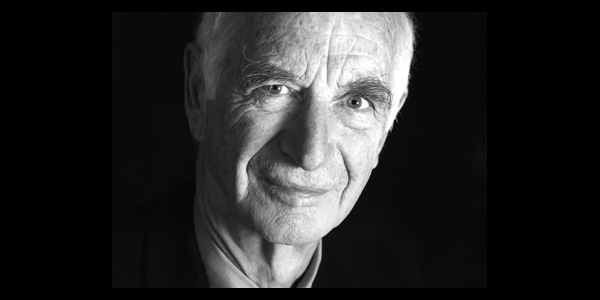 James Hillman was an American psychologist from Atlantic City who first studied at and then guided studies for the C.G. Jung Institute in Zurich. He is the founder of Archetypal Psychology and retired into private practice, writing, publishing and travelling to lecture until his death in 2011 at his home in Connecticut.

Where Jung put the soul back into psychology after Freud had maintained that the sexual impulse – libido – was what drove us, James Hillman put not only soul, but beauty back into psychology. He asks: “How is it possible that beauty has played such a central and obvious part in the history of the soul and its thought, and yet is absent in modern psychology?” He intended restoring beauty to the psyche after behaviourists and cognitive psychologist had degraded it to an ugly symptom that could be treated by science.

In his Eranos Lecture, The Thought of the Heart – just one in a series presented at the Jung Institute – Hillman writes: “…if we would recuperate the lost soul, which is after all the main aim of all depth psychologies, we must recover our lost aesthetic reactions, our sense of beauty.” His book – Re-Visioning Psychology – was published in 1975 when his Age Point was face-to-face with Venus in Pisces in the 9th house. Venus is unaspected, but Hillman linked her energies, beauty and aesthetics, with the bigger picture of psychology in this book which was nominated for the Pulitzer Prize.

What stands out in Hillman’s chart is the Sun/Moon at the peak of the hill – in the 10th house – created by the opposition running through his core with Neptune and Jupiter at the poles. With the Sun as his strongest ego planet, these peak planets played the major role in his consciousness, endowing him with an intellectual brilliance a strong sun would be proud of.

The Sun/Moon conjunction played a leading role in Hillman’s consciousness as it features in four quadrilaterals: the two Ambivalence Rectangles and the two Trapeze Figures. The latter is also called the Dominant quadrilateral as it has the largest surface area of all quadrilaterals. Dominance was certainly a quality of this force in depth psychology.

It is noteworthy that all 4 planetary energies involved in the Ambivalence Triangle – the Sun/Moon, Neptune and Jupiter – are on the low points of the 10th, 2nd and 8th houses – which could explain why Hillman’s most prized personal value, as well as his dues to the world out there, were the depths. To get to the beauty of the soul, one needed depth, or as he put it: “..the search for soul leads always into the “depths.””

The Sun and the Moon, as well as Mercury, are in an intercepted Aries, but found outlets via aspects to several other planets, notably Saturn in the 5th house, in the valley. By going down, or in Hillman’s language “growing” down, we root ourselves in the world where me make soul. He often quotes John Keats who said: “The world is the vale of soul-making”, the ‘vales’ represent the depressions of the psyche.

Also in the 10th house is Mercury hand-in-hand with Uranus, as if these energies were right behind this man’s ascension of the hill, this man who certainly lived up to his name. Like his Sun and Moon, these two ‘followers’, are in an intercepted Aries, but via a trine could share their innovative fact finding with Saturn, who always underpinned these facts with footnotes. In Hillman’s The Myth of Analysis, for example, the single-spaced footnotes at times take up more of the page than the double-spaced text. But they also provide additional insight into the vast foundations of his knowledge of theology, philosophy, alchemy and psychology.

Saturn is his second strongest ego planet. It’s in a Scorpionic creative expression and resulted in a refined, literary rather than scientific style. But then, Saturn is engaged in an ongoing crossfire with creative Neptune, as the square linking them suggests. In The Essential James Hillman. A Blue Fire, the editor Thomas Moore writes: “Hillman takes philosphy into his hands and speaks elegantly about it, but his words do not sound like philosophy. He speaks of religion in ways that worry theologians and devotees and yet give religious language new life. He takes up ancient mythology and alchemy and turns them so that they speak to the most recent concerns.” But then, Hillman saw himself, as he says in Inter Views, first and foremost as a writer.

There is no biography of Hillman other than the Inter Views (with Laura Pozzo in Italy). He was a man who shunned the limelight, even displaying his anger at a photographer who took a photo of him in 2002, when he was making a speech before Atlanta’s Jung society. So we don’t know why, after high school, this leading thinker studied at a school of Foreign Service and then served in the US Navy Hospital Corps from 1944 to 1946.

More understandable are his subsequent studies in English Literature at the University of Paris and Trinity College in Dublin. He refers to James Joyce (also on this blog) in his papers, so perhaps this author’s ‘stream of consciousness’ introduced Hillman to the subtext of the texts he was reading, to what underlies a person’s conscious life. In 1950, when his Age Point was on the 5th-house cusp, he graduated with a degree in Mental and Moral Science, now ready to make his creative impression as associate editor for an Irish literary review.

But with his strong Sun, he needed to expand his mind and soon furthered his studies in psychology, receiving his PhD from the University of Zurich, as well as his analyst’s diploma from the C.G. Jung Institute. While his Age Point was on the IP in the 6th house of work, he was Director of Studies at the Institute, a position he held for a decade. Then he returned to Dallas and established Spring Publications while his Age Point was traversing his Aquarian 8th house. By publishing books on Archetypal Psychology, mythology, philosophy and art, he certainly paid his dues to people interested in his thought and writing.

When his Age Point conjoined his Cancerian Pluto in the 12th house in 1997, he published The Soul’s Code: In Search of Character and Calling, which was on the New York Times Best Seller List that same year. He had now asserted himself as his North Node in the 1st house indicates, thanks to Pluto’s transformations in the subconscious, in Archetypal Psychology, the psychology with a beautiful soul.

I find it fascinating how often this conjunction is reflected in the titles of his books. Firstly in his Puer Papers and then later in The Thought of the Heart.

The Puer and the Senex

Hillman has written extensively on the Puer – the eternal youth, the new – and the Senex – the wise man, the old. Where most of us would see them as opposites, Hillman sees them as one, as a necessary combination of both. They are indeed as close – less than two degrees apart – as the Moon and Sun, the emotional and mental egos, are in his chart. “Senex and puer are bound up with the very nature of development” he writes in Puer Papers.

He mentions Kurt Cobain as an example of the eternal youth. I’d like to add Jim Morrison and Janis Joplin as examples of the eternally playing boy and girl who don’t put enough hard effort into life, all play and no work. Hillman summarises this concept most beautifully in his quote: “The puer inspires the blossoming of things; the senex presides over the harvest.”

The Thought of the Heart

The Sun/Moon conjunction also reflects the title of this Eranos Lecture perfectly. Where we see the Sun as thinking – the mental ego – and the heart as feeling – the emotional ego – Hillman sees them as one: “Feelings become crucial: my feelings are my heart. To discover its thought, I must reveal what I feel.”

For Hillman, the opposites – the thesis and antithesis – always lead to a synthesis. It is noteworthy that Neptune – creative imagination – and Jupiter – the bigger picture of reality- are at the base of the Ambivalence Triangle with the Sun/Moon at its top angle. The release of the inner tension into the third, into the synthesis beyond the thesis and antithesis, is soul or soul-making.

The 12th house, where Pluto resides, is the inner world of the imagination. With Hillman’s Pluto stressing to get to the 1st house where his North Node beckons, he would assert himself as the psychologist who puts imagination at the bottom of soul. In Imagination is Reality by Roberts Avens, he states: “To live psychologically means to imagine things. (…) In the beginning is the image: first imagination then perception; first fantasy then reality. (…) Man is primarily an imagemaker and our psychic substance constists of images; our existence is imagination. We are indeed such stuff dreams are made of.”

While writing these articles, I have come to the conclusion that I relate stronger to writers and musicians who have a similar temperament to mine, or whose Moon is also their strongest ego planet. Like Hillman, I too have a surplus of water (-21) and air (-18) in my temperament. Could this be why no other writer has had a greater influence on me than James Hillman? He has proved the truth of what my mentor (who introduced me to Jungian and Archetypal Psychology) said to me more than three decades ago: “The deeper you dive, the higher you’ll fly.”

I have not come across another writer who has reached greater depths and greater heights than Hillman.