It had to be them 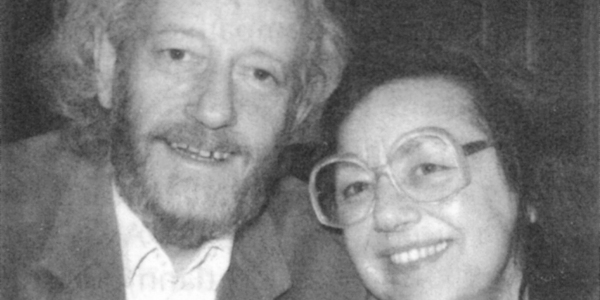 This post was written by Pam Tyler, who was joint founder of APA in 1983.

When the tests were over, I walked into Bruno’s talk on the Huber Method. The horoscope on the big screen was mesmerizing with its bright colors, strong symbols, clear aspect pattern and open space. Louise was standing in the corner, ramrod straight, blue eyes blazing and nodding as each person entered the room. The lecture showcased the basics. The content was original, coherent, accessible and immediately useful.

For most astrologers, the big take away was the material on aspect structures. But the Dynamic Curve [of energy in the houses] got my attention. Bruno’s example of how some 10th House (LP) Sun people never obtained the high profile roles traditional astrology promised deserved another look. Likewise, Louise’s side comment about Saturn representing the mother threw me. Right then I knew if I were to study astrology with anyone, it had to be them.

[Pam attended a course held by the Hubers at Sarnen, Switzerland.] The Sarnen course changed my life but not overnight. For a veteran astrologer losing Midpoints was okay but giving up Transits, that was another story. The first task was to convert all my client files into Huber format. Then the real work began of seeing in an entirely new way. Adapting to a Huber approach is not unlike wearing specs for the first time. You definitely see patterns more clearly. But getting used to the new glasses puts a bit of strain on the eyes in the adjustment period…

This is an extract of a longer appreciation of Bruno & Louise Huber and the Huber Method due to appear in the APA Members’ magazine, Conjunction Issue 65, May 2016.

The featured image is a mid-years photograph of Bruno & Louise.