Gifts for Mankind. Troy and Mycenae – from Heinrich Schliemannn 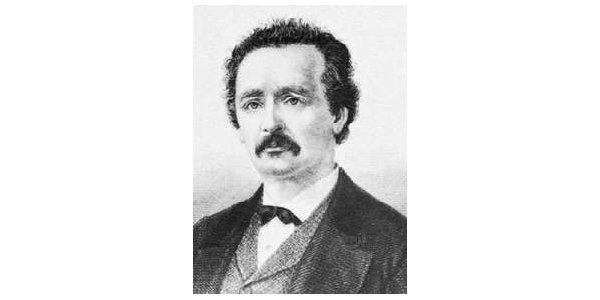 There is no exact birth time for Heinrich Schliemann, the man considered the father of Archaeology after his groundbreaking excavations at Troy, Mycenae and Tiryns. I have set his birth time at midnight, based on several events that coincided with the progression of his Age Point: the death of his mother; the end of his formal studies and life as he had known it till then, which included the ‘loss’ of his father; his divorce from one woman and marriage to another; the discovery of Troy and the praise he got for his hard labour, followed by critical attacks on his excavations.

The chart image reminds me of a shaft, perhaps like the ones Schliemann dug to get to civilisations buried by three thousand years of second and third layers of ancient building sites,

So many planets (including his strongest personal planet, the Sun) around the IC underlay his lifelong ambition to unearth lost civilisations. Is it a coincidence than there is an overabundance of earth in his temperament (43)? In addition, four planets in Capricorn gave him the butting power to forge ahead and eventually become the authority he aimed to be. His Sun on the 4th house cusp would then also shine brightly on the world stage.

Major Events in his Life

At the age of 9, when his AP was traversing the low-point in a Scorpionic second house, he lost his most prized possession: his mother. It would not be his only loss. At 11, he went to live with his uncle, thus also ‘losing’ his father. And then came another major change at the age of 14 – the time of the C1 – when his pastor father had impregnated a young domestic worker and consequently lost his parsonage and means of income. Heinrich was left penniless.

He had to drop out of school. He was a bright pupil with a promising academic future and had looked forward to one day going to university. It was his early learning experiences that influenced the course of his education as an adult, for his father had introduced him to the Odyssey and The Illiad. With Neptune, Uranus and Mercury in the 3rd house, his learning would be creative, innovative and factual.

To survive, the young Schliemann had to do whatever work he could get. Fortunately he had a strong cardinal drive thanks to all the linears in his chart, and would do whatever it took to get somewhere in life. First he became an assistant at a grocery store where he worked an 18-hour day, sleeping under the kitchen table. After labouring for five years in Herr Holtz’s grocery in Furstenbeug, he burst a blood vessel while lifting a heavy barrel and was forced to leave. Fortunately his chart lies in the mutable cross, so change was second nature to him.

Then, at the age of 19 in 1841, he moved to Hamburg where he became a cabin boy on the Dorothea, a steamer bound for Venezuela. It was the year that his Age Point fired up Saturn/Jupiter. What began as a Saturnian attempt to create some financial security for himself, turned into a Jupiterian adventure: the ship foundered in a gale and the survivors washed up on the shores of the Netherlands.

Schliemann now became a messenger, office attendant, and later, a bookkeeper in Amsterdam. He soon spoke Dutch, and as he was also learning Russian, the import/export firm he was working for sent him to St Petersburg in 1846.

His fastidiousness with detail as reflected by his Mars in Virgo, blessed with trines by both Mercury and the Sun, turned him into a self-educated man who could speak and write in German, Dutch, French, Italian, Russian, English and Greek. He could learn a language in six weeks, a fact often quoted on today’s language websites.

In 1850, at the height of the Gold Rush, three planets trined his Age Point, saturating his consciousness with opportunities. After making his first fortune in Russia, he went to California and made his second fortune, then sold his business in America and returned to Russia. .

Back in St Petersburg in 1852, the trine to his Sun on the 4th house cusp blessed him with a family. He married Ekaterina and had 3 children. Then he accumulated his third fortune, first by cornering the market in indigo dye and then in saltpetre, sulphur, and lead (to make ammunition) which he bought and resold to the Russian government during the Crimean War. By 1858, at the age of 36, he was a multi-millionaire, wealthy enough to retire. In his memoirs, he wrote that he now wished to dedicate himself to finding Troy. The square to the Sun the following year gave him the energy to do so.

His constant travels often separated him for months from his wife and small children. In 1866 the semisextiles to his Saturn conjunct Jupiter and his Moon in the 9th house of expanded learning made him aware of the need for further study. He enrolled at the Sorbonne in Paris, moved his assets from St Petersburg to Paris and invested in real estate.

In 1868, Schliemann visited sites in the Greek world, published his first book in which he asserted that Hissarlik was the site of Troy. He also submitted a dissertation in Ancient Greek on the same thesis to the University of Rostock which awarded him a PhD in absentia.

His wife didn’t want to join him in Greece and, in 1869 – just after the AP/Venus square – a divorce followed. It seems that his Russian wife couldn’t be the Venus in his chart, the woman closely tied to his destiny, to his North Node in a Piscean 5th house of self-expression. But he was determined to fulfil his dream of unearthing Troy and, in the same year, married Sophia, a woman thirty years younger, in Athens. He now had his Greek goddess to walk hand in hand with him on his soul’s journey. She played such a great part in his excavations that she would later be made an honorary member of the Royal Archaeological Institute of Great Britain.

Sophia Schliemann wearing the jewels of Helen recovered at Troy.

With Sophia as his right-hand woman, his excavation of Troy began in 1871 – the time of the C2. He then unearthed Troy and, with it, a massive gold treasure. Not that he kept the gold for himself. He wanted it to remain in Greece. (Finally went to the Pergamon Museum in Berlin – only to be removed by the Soviet Army in 1945. They are now in the Pushkin Museum in Moscow, but are still a subject of international dispute.) Where he had lost everything – his further education, his father and all financial security at the C1, he found abundant inner and outer riches at the C2: family, fortune and fame.

That he was a force to be reckoned with in his work came in part from Pluto in the 6th house, fired up by his emotional ego in getting the bigger picture, as suggested by the Pluto/Moon square in his chart. Sure, he didn’t have the formal education the academics demanded of someone who had so much to say about ancient Greek civilisations, but his heart – the Moon – was in the right place, in Gemini in the 9th house ruled by Jupiter with its ever expanding horizons and knowledge based on first-hand experience rather than theory. At the Age Point/Moon conjunction in 1872, he experienced everything his heart desired.

His achievement-oriented expansiveness – Jupiter in Aries – was constantly kept in check by the great teacher, Saturn who is conjunct Jupiter. This is reflected both in his financial adventures, the details of which he preferred to handle himself, as well as in his archaeological adventures which were constantly questioned by the more learned. And as Schliemann was a self-educated man, it took some time before qualified Archaeologists and Historians gave him credit for his discoveries.

There is a wide gap spanning the 9th, 10th and 11th houses in Schliemann’s chart and indeed, from 1872 onwards his centre was exposed to many attacks. His excavations began before archaeology had developed as a professional field and he opened himself up to unending criticism for almost two decades, which included the AP opposing the four planets around the IC. Not only were his activities often interfered with or even stopped by Turkish and Greek authorities. Academics in Archaeology and History also questioned his methods. Had he not destroyed other proof with his unconventional approach? Was the ‘palace’ he discovered really that of Priam in Troy? Were the gold objects he showed in his many books not made by a local jeweller and passed off as genuine articles?

Schliemann published his findings in 1874, in ‘Trojan Antiquities’, but this publicity backfired when the Turkish government revoked his permission to dig and sued him for a share of the gold. These objections did not stop him as both his Jupiter and Saturn are fired up by his Sun, but he had to fight hard, and had many setbacks, to be considered an authority in his area,

His many writings – 11 books in total, published from 1867 to 1885 – were also criticised by scholars in Greece, Germany and Great Britain. Their sledge-hammer attacks used disparaging words, such as ‘untrained’, ‘false and fraudulent’ and called him a ‘pretender’ and ‘an enthusiast, rather than a scholar.’ There were also years of court cases because of his removal of gold treasures from Troy, not to keep for himself, but to give to Greece.

Only when his AP in 1887 had reached Mars at the end of the 11th house, was his centre less exposed to constant assaults on his thinking, his methods of excavation and his qualifications. He now felt less of an outsider and finally received the recognition he wanted, particularly from like-minded people in Great Britain, doing his Mars proud.

After his final diggings which ended 1890, Schlieman developed a chronic ear infection which was operated on in France, but would become fatally inflamed. This did not stop his travels: he went to Leipzig, Berlin, and Paris. Too sick to make the boat ride from Naples to Greece, he managed to make a journey to the ruins of Pompeii. But his strong cardinal drive could take him no further. He died in Naples in 1890 when he was 68. His dream to excavate Knossos evanesced with his Being.