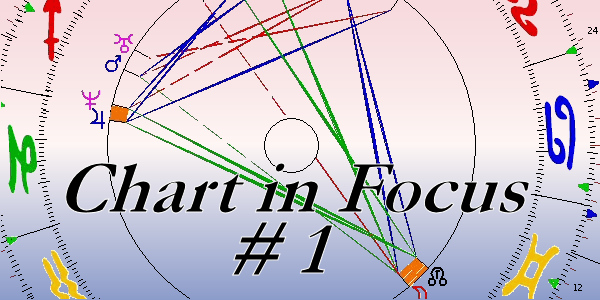 This experimental post depends on your comments for its success.

The idea is for anyone to submit a chart or their chart data. The chart will be posted on the blog, and APA members and others are encouraged to post, as a comment, an initial outline interpretation at the very top level. This should be around 3-10 paragraphs with, for example:

Others may comment on your interpretation, or produce their own.

The idea is to give us all a bit of practice and to give outsiders some idea of the astrological psychology interpretation process – indeed they can submit their own data and see their own chart and the initial reaction of practitioners and students.

Our first chart is of a public figure, male. The important thing is the chart, not who he is.

Please suggest further charts for this series – either send the Huber natal chart or birth date, birth time and place of birth, together with name or pseudonym.
Send to webmaster@astrologicalpsychology.org.