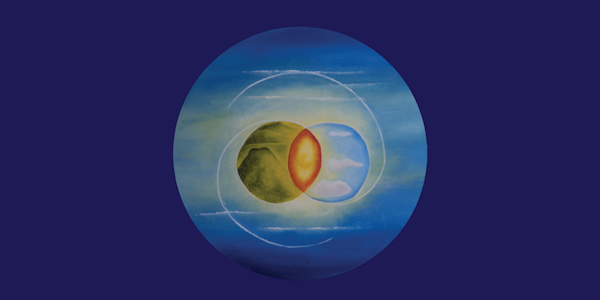 Colour paperback, 212 pages, rrp £18. Available soon for a limited period at the special price of £15 from the APA bookshop.

In the 1990s, when I first became aware of the work of Bruno & Louise Huber, I was increasingly impressed by the way in which their practical approach of ‘astrological psychology’ integrated the then apparently disparate fields of growth psychology, spirituality and astrology. I was sufficiently enthused to pursue the Diploma Course of the English Huber School and experience its power for myself.

Over time, I was lucky enough to be able to meet and study with the Hubers themselves, and discover their depths of knowledge and wisdom, which were shared with serious intent and gentle humour. Sue Lewis was a fellow student during this period, and as it happens we received our Diplomas at the same time. Since then we have both remained active within the ‘Huber family’ of those involved in this work, through our various services to the Astrological Psychology Association and disseminating the teachings.

The Hubers’ work began as a practice borne of experience and extensive research, and has subsequently been documented in the series of books first published in German by their Institute in Switzerland and subsequently as part of an expanded range in English by HopeWell.

But what of taking a step back, with a more objective look at the Hubers’ approach, where it came from, its main influences and its place in the contemporary scene? It is into this ground that Sue Lewis steps, supported by the richness of her astrological and astrological psychology background plus the fruit of her Masters degree in Western Esotericism. The result you will find in this book is a tour de force, teasing out the key developments in the various fields that led to the development of astrological psychology by the Hubers, initially working at Roberto Assagioli’s Istituto Psicosintesi in Florence. The Hubers’ approach is seen as a natural development in the spirit of the times, building on the work of predecessors including Ptolemy, Marsilio Ficino, Helena Blavatsky, Alan Leo, Alice Bailey, Roberto Assagioli and Dane Rudhyar. This is supported with full academic rigour by comprehensive quotes, notes, bibliography and indexes.

But this is not just an academic work. The Huber approach is essentially practical and, in helping the reader to understand the process, Sue exposes her own birth charts, together with personal experiences that they have helped her to understand and move beyond. She is to be congratulated for showing the courage to expose her hidden depths.

Finally, Sue takes a look at contemporary trends in science, philosophy, psychology, astrology – including key thinkers such as Iain McGilchrist, Ken Wilber, Stan Grof, Richard Tarnas, Irvin László, Jorge Ferrer, Bernadette Brady – and draws a picture that is very much aligned with the direction taken by the Hubers from the 1950s, truly on the leading edge of their times.
Sue has performed a great service to us all, in putting in all the hours and detailed effort needed to produce a work such as this, while at the same time retaining a broad historical overview of the context. I hope that you will find it as rewarding to read as I have.

Following successful completion of an MA in Western Esotericism in 2012, I was inspired by evident but non-acknowledged links between the astrological psychology of Bruno and Louise Huber and the Western esoteric tradition, ways in which its visual method of astrological interpretation engages imagination as well as technique, its capacity to transform lives and raise awareness by stimulating a desire to do more for humanity and the world, and its ongoing relevance to transpersonal astrologers and therapists as we grapple with the increasingly complex intercommunication of microcosm and macrocosm in our postmodern world.

After a short foreword by Barry (above), the introduction outlines the contents of each chapter, my approach, and the book’s layout. This section includes useful diagrams relating to astrological psychology that are referred to from time to time in the text. The body of the work has five chapters, divided into sections listed in the contents, and is supported by footnote references throughout, bibliography, index of name and dates, and subject index, all geared towards making information easy to find. The arguments, whose point of departure is Jacob Needleman’s assertion that ‘the understanding of any level of esotericism, insofar as it embraces both the outer and the inner movement of the mind, requires that the seeker and the scholar each honour the other’, are presented in a scholarly manner with clear attributions, while parts of book, notably discussion of the author’s chart in chapter 4, show how astrology—and this method in particular—can become the symbolic structure that facilitates the healing of deep wounds in the divided self and guides the journey to wholeness.

Chapter 1 covers the circumstantial context behind the founding of the Huber schools. Leading influences include the esoteric astrology of Alice Bailey, the Psychosynthesis of Roberto Assagioli, and the spiritual art of Wassily Kandinsky. Space is given to the friendship between Assagioli and Dane Rudhyar, who identified the mystic rectangle in Assagioli’s chart, one of many aspect patterns that would become the bedrock of astrological psychology. Comparisons are made between Huber and other astrology of the twentieth century, in particular the psychological astrology of Liz Greene.

Chapter 2 focuses on methodologies of Western esotericism, showing how well astrological psychology represents this third pillar of culture, and considering controversies within the discipline.

Chapter 4 shows that the greatest contribution of the Hubers to esoteric astrology is their use of three charts, and takes an in-depth look at karma, trauma, the eighth house, and the crossing point between the natal and moon node charts.

Chapter 5 begins with the rift between the old world and the new signalled by the dispute between Robert Fludd and Johannes Kepler before looking at the postmodern paradigm of science, contrasting sensitive-intuitive seeing with verbal-intellectual analysis, exploring the stoic revival, chaosmos and astrological research, and the transpersonal and participatory worldviews.

The charts of five people considered in chapters 1 and 4 are all in colour, so readers can fully appreciate their imagery, motivational and temperamental composition.