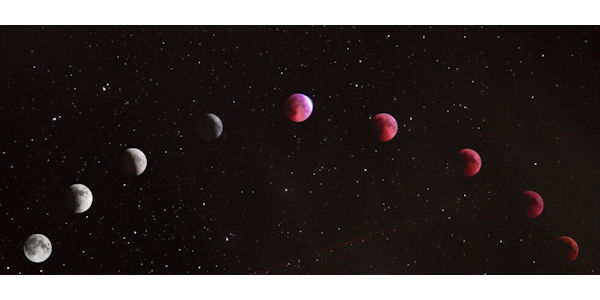 A look at the relationship between Roberto Assagioli, founding father of psychosynthesis, and astrology, by psychosynthesis psychotherapist and author Will Parfitt, first published on 28 November 2022 by The Psychosynthesis Trust.

I read with interest in a recent Trust newsletter that the Astrological Psychology Association recently closed in the U.K., and gave a generous donation to the Trust. Astrological psychology was initially developed by Swiss astrologers Bruno and Louise Huber whilst they were working with Roberto Assagioli in Italy. It aims to combine the best of traditional astrological knowledge with modern psychology, especially psychosynthesis, and provides a useful tool for psychological and spiritual growth. Whilst the U.K. Association has closed, their teachings continue: students of this approach learn how discovering psychological motivations in a birth chart can encourage the development of self-awareness.

As the Hubers collaborated closely with Assagioli, particularly in supporting him in bringing together his different papers and articles that make up the bulk of his seminal psychosynthesis book, it is very likely he also had an important input in the development of their astrological approach. If there is any doubt that Assagioli was into astrology, we find that, as well as the involvement with the Hubers, Assagioli was very engaged in the study and practice of spiritual astrology. He was also a collaborator in the production of an astrology book published under the name of Clara A. Weiss, Astrological Keys to Self-actualization and Self-realization.

In 2012, in a side room of an old office at the Psychosynthesis Institute in Florence, the psychosynthesis therapist Keith Hackwood and his friend Mark Jones, the acclaimed evolutionary astrologer, found boxes titled ‘spiritual astrology’, containing all of Assagioli’s astrology papers. On his blog at the time, Mark commented:

“There were pages and pages of handwritten charts. Assagioli died in his 80’s in 1974, decades before computer software, and yet here were hundreds of charts of artists and politicians hand drawn for study purposes. Further in the box were the charts of family and friends, all transcribed in fountain pen, with incredible precision on thin paper with just the circle of the zodiac as a pre-existing template and his detailed notes on aspect grids and elemental balances within the natal chart. It soon becomes apparent that [he was] a serious astrologer who has put in hundreds of hours of detailed analysis of charts alongside substantial notes and essays on the spiritual meaning of the birth chart.”

Looking at the Clara Weiss book recently, I saw a quote from Robert Browning in a section on self-realisation, and I could see immediately it is the sort of classical poetry that Assagioli loved:

“Truth is within ourselves; it takes no rise
From outward things, whate’er you may believe.
There is an inmost centre in us all,
Where truth abides in fullness; and around,
Wall upon wall, the gross flesh hems it in,
This perfect, clear perception—which is truth.”

I felt honoured that the APA had my book Psychosynthesis: The Elements and Beyond as a course book for their students, and I wrote a couple of articles for their journal Conjunction. Here is the one on the subject of their journal title, conjunction, which I titled “hand in hand” being, for me, a good symbol of a conjunction between people.

“He will unite the white rose and the red:
Smile heaven upon his fair conjunction.”

When I was asked to write a piece for Conjunction, I thought a good starting place would be to look up exactly what ‘conjunction’ means. I knew in astrology it refers to two planets being closely aligned, and I knew grammatically it means a word that connects other words together, but my investigation of the word threw up some deeper – and more interesting – meanings and connections. Before we go any further, though, I’d like to ask you to hold my hand whilst you are reading this article, in imagination if not in reality.

In grammar, a conjunction is a part of speech that connects two words, phrases, or clauses together. Of course, the best-known conjunctions in this sense are ‘and’ and ‘but’. The definition can also be extended to idiomatic phrases that function in the same way, for instance ‘as well as’ or ‘provided that.’ From logic we can find a slightly different way of making a conjunction, such as, for instance: “Everyone should study astrological conjunctions. Huber is the best system of astrology. Therefore, everyone should study Huber astrology!”

As a Huber astrologer, you might well agree with these statements, but in the real world they may not be the whole truth as the concluding statement in no way either combines or challenges the assertions in the original two sentences. Yet how often do we put things together and assume they are connected when actually the link might be very tenuous. A classic example, of course, is an astrologer who discovers a positive aspect between, say Jupiter and the Sun on a particular day, then a sum of money arrives in the post which appears to prove that the aspect is having its effect.

To get beyond such mistaken logical conjunctions we have to hold the paradoxical position of both not being attached to a linear time model, and at the same time looking closely at cause and effect. Then we can see that there may well be a real connection between, in our example, the aspect and the arrival of the money, but not because one ‘caused’ the other but because they coincided or were synchronous.

This is very relevant to astrology in a way that becomes clear when we consider a conjunction. A conjunction is a term used in both positional astronomy and astrology and it means that, as seen from some place (usually the Earth), two celestial bodies appear near one another in the sky. From our particular temporal and geographical location, they are conjoined but, of course, if we take a wider perspective, they are not close at all (Mars and Pluto may appear conjunct but really there may be many millions of kilometres between them.) Are they associated? Yes, but only in the same way the two statements were in our ‘logical conjunction’.

That is not a put down of astrological conjunctions because we have to now bring in the most important factor in all this – the observer. Without the observer there would be no conjunction at all (Mars does not naturally align itself in the heaven with Pluto.) It is equally real, therefore, to assert that the conjunction does exist because it is being observed. Indeed, such is the power of observation that many astrologers (and others) will argue that an aspect is most definitely real not because they are observing it at all (how can you see these distant objects anyway?) but because they feel or at the very least experience its effect. Yes, well, the postman did arrive today with that money so that proves it, doesn’t it? Or does it?

Never mind what might have been or what is, let’s consider what might be? If we enter into the realm of the future, what is still potential rather than actual, then we might expect to find ourselves on even shakier ground. Yet some events in themselves are most definitely predictable. There are relatively remarkable planetary/galactic configuration occurring regularly that may involve all the planets of our solar system, the moon and various other kinds of astrological connections. As we get closer to such an event many astrologers will come up with theories and ideas about its significance. They may well be best placed to understand what it might mean, having many thousands of years of research on which to base their conjectures. What I would like to suggest to you, however, is not to become caught up with other peoples’ explanations, however wise they may be, but to find your own understanding of these ‘transpersonal’ events [transpersonal in the sense of ‘beyond the personal’ not as a synonym for ‘spiritual’.]

Remember it will only be happening (for you anyway) because you are observing and experiencing it, so rather than looking at it from the perspective of others, or in books and charts, observe it closely, and deeply, from your own position. Sure, make any astrological calculations you may wish, but also be there at the time of the conjunction, sense it in your body, feel it in your heart, watch carefully the effects it has on your being and your nature. Then the conjunction can become an experienced reality rather than just an abstract concept.

I asked you at the beginning of this article to hold my hand whilst reading it. I don’t know if you took me seriously and if any of you ‘held my hand’ but it certainly made a difference to me, having a sense of you, the reader, as well as of myself. Now being hand in hand with someone, even in imagination, never mind in the ‘real world’, is truly being conjoined. I’d like to end with a little image that might aid you whenever you are considering any conjunctions in your clients’ charts, that all heavenly bodies in conjunction go ‘and in ‘and with one another. When we are considering relationships, which are after all not only the basis of all astrology but all life, we could all do well to learn more about being ‘and in ‘and with one another. No buts, thank you!

Reading that now after many years I see how what I’ve written is relevant to client contact whether we use astrology or not [I don’t.] Also, I am yet again amazed at the breadth and depth of Assagioli’s wisdom and his willingness – and ability – to engage in many different paths and systems of personal and spiritual attainment and always hold at core the central ground of Psychosynthesis.

Hopewell, Barry and Joyce, Piercing the Eggshell: The Hubers and their Astrological Psychology, Hopewell, UK 2020

Note: For those interested, Assagioli’s astrological birth chart can be widely viewed on the internet. His birthday was 27th February in 1888 (time 1203) in Venice making him Sun in Pisces, Moon in Virgo, and his Ascendant in Cancer.