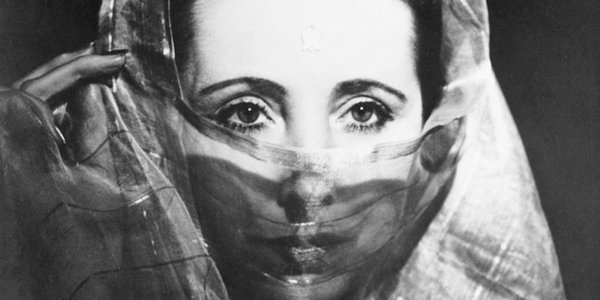 Known as a diarist, novelist and writer of erotica, Anaἲs Nin was a woman of many faces. In her diaries of 35 000 pages, kept over 55 years, we see a daughter hurt by her father, a woman married to a banker, a bigamist later in life when she had two husbands, a femme fatale, a lover of Henry and June Miller, of her psychoanalysts and several other men. She became a heroine of the feminists, particularly in the ’60s and ’70s. But who was the real Anaἲs Nin? Perhaps Astrological Psychology can lift some of her veils.

The opposition running through Nin’s core is veiled by a quincunx, trine and square, hiding the many faces she represented to the world – the YOU-side of the chart – where she has seven planets. But her core is exposed to the world in the openness of the chart in the Impulse quadrant. It is noteworthy that her sense of no protection started when her father left the family at age 2, the time of the first Mars/North Node conjunction at the beginning of the open part of the chart. 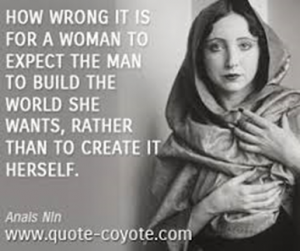 In her journal for 1931 – when her age point entered Pisces and sextiled the Moon – Nin wrote: “I feel like a well-appointed laboratory for the soul…”

Most of her life would be a quest to find the father in other men. It seems it was the right direction for her soul’s journey, into asserting her libido, a universal libido that includes both the masculine and the feminine. With Mars conjunct her North Node, the men in her life were reflections of the man in herself whom she tried to find outside herself till she was older.

Nin has a surplus of 40 in air which fortunately was used in her writing, especially in her journals. The environment expected more fire from her as the challenging score of 54 suggests. She had to develop her intuition and her insight into the people in her life. The writing in both her journals and novels attest to this. Her novels, other than the erotic stories, don’t have plots, but seem to drift in the air above sensations and feelings, not seeking or reaching resolution. Loved by the Surrealists, she did not see her writing as surreal, perhaps because her writing touches deep emotions rather than create the dissonant unreal.

In the House Chart, there is a Provocative Figure. The Hubers’ description of this rare figure would have resonated with Nin: “There is more intensity in the perception and the ability to recognise other peoples’ sore points.” She was a compassionate woman who helped people financially, psychologically and emotionally.

Of Cuban parentage, Nin was the daughter of composer Joaquin Nin and classical singer,Rosa Culmell. Although Nin spent some time in Spain and Cuba, she lived most of her childhood in the United States.

At age 11, her philandering father left the family. It would be the beginning of Nin’s diaries started in 1914 when her age point was firing up the Sun/Jupiter in her. She begged her father to come back to the family. After her age point had conjoined the Sun in 1932, she had an incestuous relationship with him in Paris. And then she abandoned him, on the advice of her psychoanalyst, Otto Rank.

The Feeling/Creating Opposition on the Learning Axis

The tension between her emotional nature – the Moon – and her creativity – Neptune – found release in the Jupiter/Sun conjunction in Pisces: in creative adventures and thinking in the 5th house of self-expression. Both planets are in the stress zone of the 6th house – in her work. She was driven to write about this tension in her, seeking if not healing, then relief.

Nin dropped out of high school in 1919 at age sixteen, during the age point/Uranus conjunction. Uranus and the Moon are at the lowest position in her chart, suggesting that traditional learning was not the learning her heart wanted. Rather, it wanted to feel the depths of her emotions, and write about them in her journals.

Uranus is reflected in her innovation as a writer of what lies beneath the surface. It is on a low-point and will thus draw Nin even deeper into the unconscious. “For this reason, she has been called by some the ‘most important psychologist of women,’” says Fitch.

It would take many years for her to bring those depths to the surface in her creativity, thus meeting the demands of Neptune in the 9th house and operating from the centre of the opposition in her. There could be no writing without depths, and no depths without writing about them, as her journals testify. Pluto is also in the 9th house, suggesting a transformed bigger picture of learning and communicating.

The Venus in Nin

Uranus is the planet that fires up the woman in Nin, her Venus in Pisces in the 6th house of work, often of a healing nature. This is what made her listen to, analyse and sympathise with others. Whether it was a family member (her cousins), an opium addict (Antonin Artaud), Bohemians in Paris (Henry Miller and his wife, June) or other writers (Laurence Durrel, Gore Vidal. John Steinbeck), she could see some of their hidden layers, thanks to the dark depths of Pisces and her insights into the unconscious. In her writing, she tries to let those dark aspects see the sun as they come into consciousness. Her passionate love affair and friendship with Miller strongly influenced her both sexually and as an author, her Eros and Psyche.

With Saturn as her strongest ego planet, Nin was so aware of her body and how she dressed that she soon became known for her elegance. Saturn is conjunct Mercury in the stress area of the 5th-house cusp and the body and the senses play a key rôle in her creative self-expression. When her age point conjoined these two planets in 1926, she was reading and writing about D H Laurence and his treatment of sexuality. Fitch believes Nin confused sensuality with sexuality.

By 1931 when her age point was traversing her Piscean 5th house of self-expression where both Jupiter and her Sun reside, coquettish Nin had had many sexual adventures in Paris, at times having four lovers. Imagine the lies she had to tell to cover her tracks, adding yet more veils to her Eros.

When her consciousness was saturated with the Sun in 1932, she became fascinated by psychoanalysis, undergoing psychoanalysis herself with René Allendy and Otto Rank, studying it and later even having psychoanalytical sessions with some of Rank’s patients. As usual, Eros needs Psyche and vice versa. The title of one of her novellas – A Spy in the House of Love – expresses this rôle she played perfectly.

She believed Rank helped her move between what she could write in her journals and what she couldn’t verbalise. “As he talked, I thought of my difficulties with writing, my struggles to articulate feelings not easily expressed. Of my struggles to find a language for intuition, feeling, instincts which are, in themselves, elusive, subtle, and wordless.”

At the Mars/North Node square in 1923, she married Hugh Guiler – Hugo – in Cuba. He was a banker and an artist who would always support her creativity and need to assert herself as a woman. Her Journal of a Wife describes his gentle manner and tender heart – her Mars is in gracious Libra. Despite her countless affairs, Hugh always forgave her. Yet she had to experience more than he could offer her. “Hugo has his crises too…but they react upon his health, his work, his love. Mine are inward, silent, and they consume my soul, they gnaw within me constantly…”

The Recognition at the C1 and C2

In 1939, the approaching war drove Nin and her husband back to New York. Where she was known to the Bohemians in Paris, she was not recognised as a writer in the USA in 1940, the time of the C2.

Her age point had left the collective hemisphere where she has 8 planets, most of them (5) in the Instinct quadrant. At the same time, her age point had moved into the Thinking quadrant, part of the Individual hemisphere.

She would have to reinvent herself. Her life would henceforth be about creating, not only journals and novels, but herself as an individual and particularly a woman. She had to gain the recognition of audiences as diverse as the Beat poets in San Francisco and the Feminist students at campuses where she lectured.

Just before her death, the planets that started her alternative thinking (the opposition between Uranus/Moon and Neptune), were fired up for a last time in 1973/74, when she received an honorary doctorate, was elected to the US National Institute of Arts and Letters and won the LA Times Woman of the Year award.

At the C1 in 1976 she had greater recognition than ever.

During the Mars/North Node quincunx in 1947, Nin’s longing for the man in her was fulfilled when she met former actor Rupert Pole, 16 years her junior. While still married to Guiler, she married Pole and now lived in California. Nin referred to her simultaneous marriages as her “bicoastal trapeze”. But then, she was always in her element in air.

In 1956, her age point was hand-in-hand with her creativity, her Neptune. And indeed, she now started getting the recognition she had always wanted.

The lies bigamous Nin had to come up with became so complicated that she had to create the lie box. “I tell so many lies I have to write them down and keep them in the lie box so I can keep them straight.” Just before her death of cervical cancer in 1977, she wrote to Guiler asking for his forgiveness, which he gave by writing to her that his life had been meaningful because of her. 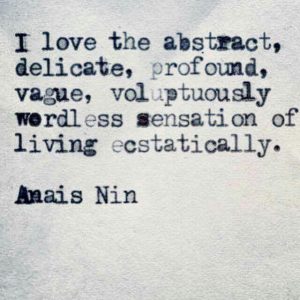 I could echo Guiler’s words. Nin is the female writer who had the greatest influence on my writing and my thinking in the Seventies. By reading her journals, I became interested in and inspired by archetypal psychology which then led to my studies in Astrological Psychology. (Not surprising as I have Mercury, the Sun, Jupiter/North Node and Mars in either the 12th house or Pisces.)

One thought on “Anaἲs Nin. A veiled Eros.”