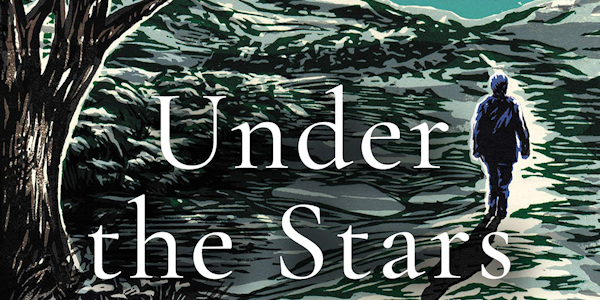 If you’ve ever gazed up at the night sky, dotted with stars, and have felt a sense of wonder at the immensity of it all, you’ll probably enjoy this book by Matt Gaw.

You don’t need to be an astrologer or an astronomer to appreciate the night sky, simply someone who likes to look up – and maybe get a cricked neck in the process – as you gaze through the darkness of the night.

Ah – and there’s the rub. Our nights are nowhere near as dark as they could be in towns and cities, where artificial lights burn unneccesarily through the hours of darkness – street lights, shop lights, office lights, and the latest fad – outside lights on houses which are left on all night. Haven’t people heard of sensors which only switch them on in response to movement?

He sets out to walk into the darkness in various locations around the UK – on a beach in Suffolk, in the pitch blackness of the Galloway Forest in Scotland, where he is both spooked and moved by the experience of being alone with the intense darkness and the brilliance of the stars, and on Dartmoor, with all its ghostly legends and vividly clear views of the Milky Way.

Here, I could relate to what he was describing, having been on Dartmoor on a clear, starry night. I’ve seen the constellations and the sheer, vast immensity of the night sky laid out like a stellar canopy high above my head. Gaw questions whether we remember to look up enough so we can connect with something far greater than ourselves.

Roberto Assagioli, founder of Psychosynthesis, when seeing clients in his consulting room near Florence, is said to have had a projection of the night sky on the ceiling. When someone troubled came for a session he would dim the lights, and in silence he and his client would sit and look at the stars overhead. After a while, he would return the room to normal lighting and say, “You were having some problems….?” and the session would begin. (Note, this is my recollection of something I heard about Assagioli, but it’s probably documented somewhere in one of the many books about him).

If you love the night sky, you’ll enjoy this well-written book. Gaw mentions the Dark Sky Discovery Reserves and Centres in the UK, and has whetted my appetite to  visit one. There are plenty of phone apps of the night sky available, so if you catch a clear dark sky, with little or no light pollution, you can easily ID the different constellations and individual stars which are visible through the seasons of the year.