The Saturn impulse towards conservative reaction and repression 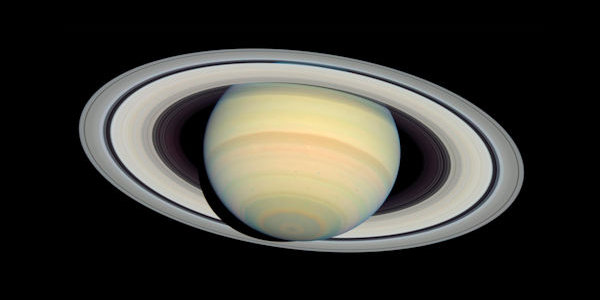 Climate change deniers in the Trump administration will continue to refute the global warming hypothesis.  And fossil fuels will be on the rise for consumers in the USA as we see envirnmental protections disappear.

These trends are troubling and in my estimation will only get worse as the applying conjunction of Saturn and Pluto occurs in December 2019.  I am not usually a mundane astrologer interpreting events in the here and now as evidence of planetary trends on a human-social scale.  But Richard Tarnas has studied these trends in terms of archetypal astrology to show evidence historically of how aspects of trans-Martian planets (Jupiter, Saturn, Neptune, Uranus and Pluto) are expressed in collective life and society.  In his treatise, Cosmos and Psyche, Tarnas has identified the 2019 conjunction of Saturn and Pluto as a significant time for social-political and religious trends that are just starting to manifest in the Trump administration and will reach full flowering by December 2019.

What does this mean on a social and collective level?  Although I certainly do not have the authority to dismiss the huge orbs of 15 degrees of Tarnas’ conjunctions between Saturn and Pluto which occurs soon; I certainly see in December 2019 the applying conjunction within 2 degrees between Saturn and Pluto in Capricorn as concretely manifesting Trump’s vision.   This may result in a number of troubling trends that blend the archetype of repression, reactionary and repressive empowerment (Tarnas, p. 219-Cosmos and Psyche).

Tarnas points out that historically the beginning of World War I (1914),  the beginning of the cold war and the State of Israel (1947) and the Marine corps barracks terrorism attack in 1982 all occurred with the conjunction of Saturn and Pluto.

Now, as I perceive the nuclear capabilities of north Korea and our Trump’s administration’s threats to go to war without aggressive diplomatic efforts (the State Department has shrunk in effectiveness during Trump), I see the situation in Asia getting more hostile.  Likewise with the latest proclamation that the American Embassy will be moved to Jerusalem as the Capitol of Israel,  I worry about the Palestinian state which he did not give equal support.  This pronouncement has religious overtones to the Eschatology of Religious fundamentalism   which sees the ‘last days’  as precursor to the final judgement by Christ- a time when Israel will return to Jerusalem.   The final battle of the last days will occur in Jerusalem according to Biblical prophesy. (Source Christian Spirit Publications).   Trump administration censorship of CDC  scientific language has worrisome fundamentalist overtones.  The reversal of the Department of Environmental Protection statues and refusal to participate in the Paris Accord will continue to fuel reactionary policies by the Trump administration.  The illogic of these taken together, sounds like this:  If we are in the  last days, we should just let the world play out using God’s plan instead of Man’s plan.  There is also a general refutation of the United Nations by the Trump administration as evidence of ‘global government’ and not working in the interests of bilateral negociations.

So as an astrological psychology practitioner, I am aware that at this time, more than any other,  is an age of anxiety in which people are giving up through distractions by mass media and entertainment; drugs and alcohol overuse; being consumer oriented first and foremost and going into debt to achieve greedy goals (like our Legislature); the large numbers of people with mental illness (which in my practice as a psychotherapist I see a full caseload); and the specific lack of social responsibility and laxness in social discourse and governmental legislation (TAX bill).

So I want to sound the alarm to say the situation may only get worse and we as citizens can do something about it-  VOTE and become politically active and spiritually grounded.  Have confidence in yourself and what you fear and motivate yourself to act on these positive values for the betterment of humanity.

Image of Saturn from NASA website, by Hubble telescope 2004.