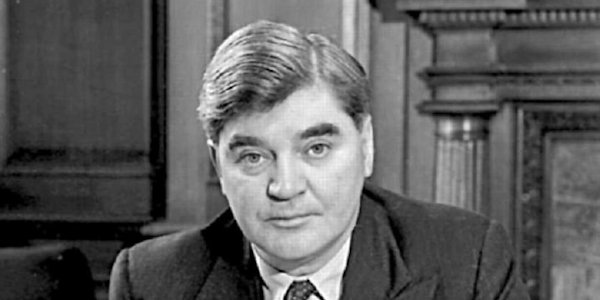 The National Health Service (NHS) in Britain is 70 years old.

It was first rolled out as a service on 5th July 1948 at Park Hospital, Manchester. The chart is set up for noon; there’s no way of knowing exactly when the NHS was actually “switched on”

The NHS is said to be the envy of the world, yet it has come in for much criticism over the past few years and is a large bone of contention in the current messy Brexit negotiations, having been used as bait to lure potential Leave voters. Large sums of money were promised for the NHS if Britain voted to leave the EU; subsequent truths came to light after the vote. There was to be no extra, promised, money for the NHS from that source.

My own experience of it as a patient and parent is that it is a highly professional service. We should celebrate it, cherish it and keep it. The NHS was created under Clement Attlee’s Labour government after the Second World War; Aneurin Bevan, the Health Minister, was its chief architect. Up until then, all health services had to be paid for.

What clues does the chart give about the NHS? The shaping/motivation is Dynamic, indicating a flexibility, the urge to change and move on and the ability to adapt to changes along the way. This is true beyond doubt. The NHS has embraced technology, and the life-saving techniques now available in hospitals and health care would probably seem like pure sci-fi to the NHS nurses and doctors in its early days.

The colour balance in the chart is 4 red: 1 green: 3 blue. Red dominates, in the form of the Efficiency triangle, suggesting the NHS has always been an active, hard-working entity. This could be reflected in the long hours that junior doctors work, and the long shifts worked by nurses. If this were the chart of a person, I’d be wanting to explore the lack of green aspects. These bring awareness, the gathering of information and ability to think, ponder and use ideas. The chart is short changed here, with the emphasis on red/blue aspects. These together give a more either/or approach – things tend to be seen in black and white with few shades of grey, and it may be that the NHS has had to tread water furiously at times, just to keep going. The introduction of performance targets doesn’t allow much space or time to be “green”. Patient care and quality time spent with those receiving care can suffer here.

The stellium of Moon, Mercury, Venus and Uranus are all part of both the red Efficiency triangle and the red/blue Ambivalence figure and suggest a blend of creative ideas laced with a need to care. In the Efficiency triangle these planets oppose Jupiter, holding in tension the active “doing” energy ready to be released by Mars at the apex. Mars will deliver the goods in the form of the service itself and the hard work that is required to maintain high standards. Jupiter is the somewhat lonely tension ruler of the chart, but is an important significator of the ability to learn and gather wisdom through first hand experience.

There is one linear aspect, the one-way red square between Sun and Neptune. This speaks to me of the ideals of the NHS, the original premise on which it was founded – to offer health care free for all with there no longer being the need to pay. Yet Neptune is comparatively isolated and relies on the caring Cancerian Sun being awake and aware, always with an ear open to heed the selfless and compassionate ideals of which Neptune might whisper.

With no time of “birth” to work with, it’s impossible to say exactly what might be taking place in the NHS chart’s Age Progression. However, in general terms we do know that age 70 puts the hand of the LifeClock on the 12th House Low Point, with the mutable zone approaching and the AC in sight. This could herald a sense of optimism in the face of challenges and the need to refresh and renew in many areas of the service. A new orientation is called for; the planets in the strong stellium spanning the Signs of Cancer and Libra, together with the energy of the Efficiency triangle, could be instrumental in helping the NHS face this new phase with courage, optimism and considerable clout.