The Heroine with my Face. Part 2. 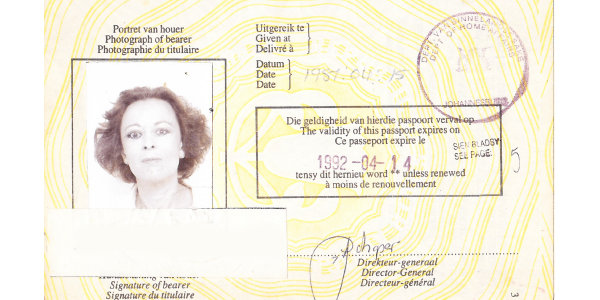 Wanda continues her reflections on her life experiences related to age point aspects to Jupiter in her chart. See also part 1.

My Age Point was now wandering through the 3rd quadrant of Thinking which kept me wondering about everything I had done up to then, without thinking.

In 1992 a few months before the AP/Jupiter quincuncx, I went to the Jung Institute in Zurich for admission interviews, but wasn’t accepted as I was deemed unsuitable by one of the interviewers; all of them qualified Analytical psychologists.

He:   I think you are interested in Jung from a creative rather than a scientific point of view.
Me:  Is that wrong?
He:  The Jung Institute is a centre of scientific study. There is an intensive course starting in two weeks. I suggest you attend that to get an insight into our field of study.

I did attend the course but soon found it so soulless that I simply had to get out and sit on a large rock on the lake, gazing at the water. Jupiter reminded me, once again, that academic study was not for me as suggested by the AP/Jupiter quincunx. After all, my Jupiter is in Pisces: I had to experience Jung in a more creative way.

In 1998 during the AP/Jupiter trine I went to Italy to see my stepfather for the last time, He was the one who had first taken me to different countries and thus introduced me to different cultures – Jupiter in a Tuxedo — which resulted in the short story The Moon in the Man (in my e-book, One Cosmic Day) and my Duino Elegy that follows.

The air was razor thin, yet it couldn’t cut through my long sheepskin coat. At the Bar Bianco, I stopped for a cappuccino before going on my walk.  Or rather, on Rilke’s walk, in Duino in north-eastern Italy, on the Adriatic.

The bar was disappointing. Sure, it had the wooden finishes that gave it a European feel, but its wood was distinctly MacDonaldian.  Fast food and cappuccinos on the run seemed to be on the menu as there was nowhere to sit.  One simply gulped down one’s coffee and was on one’s way again.   Its location in the dense vegetation, that called for something far more organic, showed up its starkness, like seeing a face turned into a death mask by neon light.

It was in Duino that the Austrian poet, Rainer Maria Rilke, wrote one of humanity’s most profound collection of poems: The Duino Elegies. Why did I want to see Duino? Because I agreed with Rilke that ‘I want to be with people who know secret things, or else alone?’ I remembered that the Elegies opened with “If angels could speak, what would they say?”

Rilke heard a voice in the wind, as I did, on my solitary walk – a very solitary one for there wasn’t another soul around. Or rather, there wasn’t another body around, yet the atmosphere seemed full of souls. Old souls, cold souls that blew through the trees. Why didn’t Rilke hear them clearly in this sacred place? I heard them and I knew this would be the walk of my life. (A far cry from Walk for Life!)

The bora, that ice-cold wind in these parts, blew wildly, filling me with that element I adore: air. With the element of water, that is, my  overwhelming emotions at bay in the Adriatic at the bottom of the sheer karst cliffs on my right, my soul was set free from its suffering over the past year, having now been given wings by  the crisp wind.

I looked back and saw the castle of Duino in the distance, as misty as the bath of the mystical Princess Libuse on the outskirts of Prague.   Mystical: a place of mystics.

One can’t be a mystic in Africa. The word is northern. It requires lakes and forests and mountain peaks and cold air. As the root of the world, Africa is too earthbound for that.

“As below, so above,” whispered a voice. “Have you forgotten that?”

“Be glad you have your feet in Africa, for then your head can be in Europe,” said a second voice.

“But that also means, the higher I fly, the deeper I dive,” I protested. “And that’s what I don’t want right now: to be in emotional depths.”

“Neptune is in his palace deep beneath the sea. He won’t whip up a storm,” promised the first voice. “So indulge your spirit for a while.”

Just then I came to an image of spirit: a soft light on the hard karst roof of an underground room.  A black square, framed by karst – the rough version of the smooth limestone that would soothe my soul in South East Asia a decade later – led to some subterranean chamber. I didn’t want to enter it: I had only recently emerged from a long time underground. [* I hadn’t studied Astrological Psychology yet, otherwise I would have known that this period of depression was due to my Age Point (in the 8th house)  forming a trine to my Sun on a low-point (in the 12th house).]

I didn’t want earth or water. I wanted air. As thin and cold as it was here in its essence; as it was inhaled and internalised by Rilke.

As it was, just for a moment, in my spirit.

In the near future, my Age Point will be joining Jupiter. I can’t wait to see what movie it will show me as the projector operator in the Projection figure in my chart. Will it be as mind-expanding as all those international films and documentaries I have seen in the course of my life?