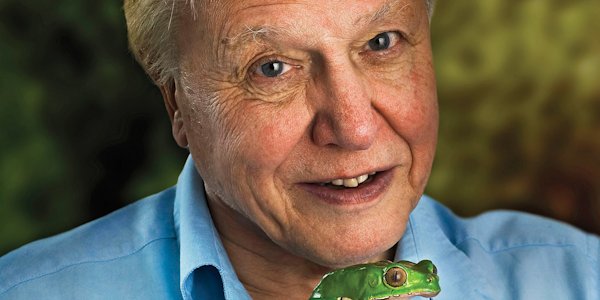 I wrote about David Attenborough’s chart on my blog in 2012, when he was 86. No time of birth was available then so I set the chart for noon. Having watched him being interviewed on BBC television by President Obama, to mark his 89th birthday, I discovered that a rectified time of birth was now available, with a Rodden rating (RR) of C, making it worthwhile having a further look at the chart of this remarkable man. In this recent interview both men spoke of their concern about the state of the world, climate change, global warming and the need for greater investment in natural energy resources. Attenborough voiced his concerns about rising populations and Obama denounced climate change denial, saying it is happening now.

David Attenborough exudes enthusiasm for his subject – the natural world – and his boyish excitement about it, his deep knowledge of it and his experience of working with life forms other than humans is impressive and infectious. His chart is predominantly Fixed in shaping, and the image it shows suggests a large receptacle or container hanging from Saturn, the highest planet in the chart. Intuitively, I wondered if this could also be a mirror, predominantly placed to reflect the environment (which includes us) back to itself. Certainly he has probably seen more of the world’s environment and the life within it than most people and he has shared his observations, via the medium of television, for many years.

His chart has a high proportion of red aspects which give him a cardinal, go-ahead energy and drive. This is maybe what fires his seemingly unstoppable quest to explore, discover and learn more about all aspects of the natural world. He has two planets in Aries, itself an initiatory Sign which wants to get on with things and keep them moving. Mercury – the ongoing learning and communication –  is there along with Venus, suggesting a strong urge to relate as well as having aesthetic taste and a sense of wonder in the beauty of nature. His Moon, conjunct Venus and Uranus, is in Pisces, indicating his child-like curiosity and the ability to engage energetically with his subject, along with definitely being his own person. I saw him interviewed on a chat show many years ago, and remember he ran rings around the interviewer, in the nicest and most charming of ways, but with a small glint of wicked humour too. Combine these factors and it’s not hard to see how his long-term engagement with his subject, as well as his ability to put it across and share it with others, could be attributed to these placements in his chart.

Look at the aspect patterns and you’ll find a Dominant Learning triangle, a Single Ambivalence figure, a Double Ambivalence figure, a Search Figure, a Large Talent triangle, and Efficiency triangle…..all of these are intertwined, embedded and working cohesively within the whole. I’m not going to discuss them here, but I am going to speculate on the role of Saturn in his chart, as it is such a focal point with many areas of the chart connected to it.

Saturn relates to systems, structures and organisation, and as such to a scientific mind. Attenborough is a scientist, and to find Saturn acting as a focal point such as this isn’t altogether surprising. Saturn is in Scorpio, a Sign whose characteristics include the in-depth, forensic-like investigation appropriate for a scientist. Not only that, it is in the 9th house of the chart, strongly placed between the cusp and the Balance Point. Attenborough is wise and knowledgeable, an authority on his subject, and Obama couldn’t hide his obvious delight in meeting his hero who had influenced him as a child as he watched him present his “Life on Earth” programmes.

Saturn may sit up high, but it’s opposite Attenborough’s Taurean 2nd house Sun stressed before the 3rd house cusp and psychologically immersed and active in the area of life concerned with teaching, sharing ideas and communicating, as his life’s work demonstrates. I also speculate that maybe this Sun/Saturn opposition on the 3/9 house axis of communication picks up on some of the pure energy of the central core of the chart as the balance between being a scientist and a human being is played out and expressed.