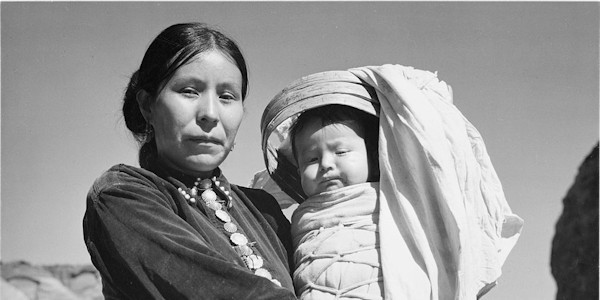 Richard’s notes on this once contentious aspect of astrological psychology were first published in an early version of Conjunction.

If you’ve ever been caught out by a ‘traditional’ astrologer who challenges you on the issue of ‘the Hubers’ say Saturn is Mother’, don’t get caught out again!

Remember that in the natal chart the Sun is to do with Self – esteem, identity, confidence, etc., and it symbolises Will and our ability to make decisions and direct our life through the use of our Will. Saturn symbolises structure, form, stability, security, survival and so on.

When a child is born it is neither able to make decisions for itself nor protect itself, and these two aspects of the personality are normally projected on to the two people who can fulfil these roles on behalf of the child until such time as he/she is ready to repossess them.

A basic motivation in any human being is the need to ‘survive’ so a child will normally entrust, or project its own Saturn on to the Mother, who appears to be the one person who is most involved in its survival process. So mother is expected to fulfil all aspects of the child’s Saturn, including the provision of food, nurturing, warmth, safety, learning, and so on. Love doesn’t enter into this particular equation and is something which the mother will, hopefully, offer from her own Moon, Venus, Neptune or whatever.

As the child grows up and reaches an age when it wants to establish its own identity it will normally want to reclaim its own Sun and Saturn from those people in whom these two functions were invested. Needless to say this is not always a straightforward process – but that is another story. And, as Carl Jung said, when this does happen the child takes back its own ‘inner parents’ with all the distortions which were inflicted on them by their ‘guardians’!

So, to summarise – Mother is NOT Saturn, she merely fulfils the temporary role of the child’s own Saturn.

Picture of Navajo mother and child courtesy of Wikimedia Commons