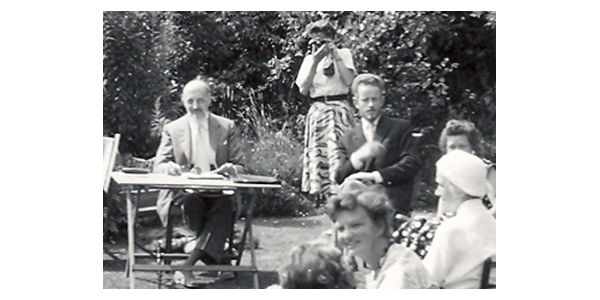 Wikipedia well describes the pedigree of Roberto Assagioli and his psychosynthesis. Psychosynthesis arose from the psychoanalytic tradition initiated by Freud, but was more akin to Jung’s revisionist approach, and indeed moved beyond it.

“Psychosynthesis became the first approach born of psychoanalysis that also included the artistic, altruistic and heroic potentials of the human being.”

Assagioli’s spiritual (although he did not use that then-unfashionable word, preferring transpersonal) emphasis came from his experiences during the war and his friendship and links with Alice Bailey and the Arcane School. He also experimented with astrology and knew Dane Rudhyar.

The young Bruno Huber came within Assagioli’s sphere we know not how. But we do know that Bruno’s mother was involved with the Arcane School and oversaw the studies of Louise, who Bruno subsequently married. Bruno and Louise spent two years working at the Arcane School in Geneva, and were then invited by Assagioli to his Institute in Florence. For three years they were involved in Assagioli’s work and consultations, helped write his book, and had access to his records for astrological research. This was when astrological psychology was germinated, with Assagioli’s encouragement.

Roberto Assagioli and Bruno Huber at a seminar in the 1960s

These early influences on Bruno and Louise are also well summarised by Sue Lewis in her book Astrological Psychology, Western Esotericism, and the Transpersonal, Chapter 1.

Recommended reading to find out more about psychosynthesis is Will Parfitt’s book: Psychosynthesis: The Elements and Beyond.