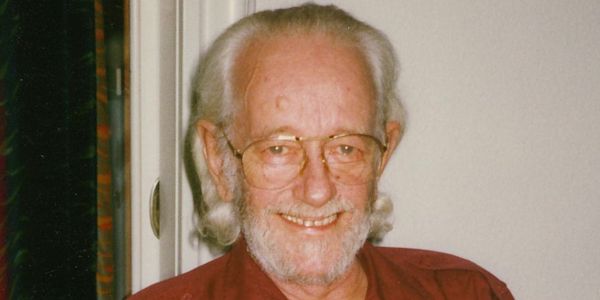 This is an edited version of the final words spoken by Bruno Huber at the last seminar he gave in England in 1998.

The full text is in the book ‘Astrology and the Seven Rays’.

There is a need for a certain purity of that kind of astrology which we do, because it is so different in many aspects from what astrology is now… The main word is psychology, that is we go at the psychology of the human being because I’m convinced… of the fact that the human being is mainly psyche. Of course you have a physical body but we handle our body also from our psyche. By psyche I now mean feelings and mind. Therefore psychology is the way to deal with human beings if they are in trouble, even if they are in physical trouble, because there is mostly a psychological reason for that. They select some sort of trouble out of a psychological condition in them so we have to detect these, clear them and then the trouble will go away.

That is also true for medical problems. They always have a psychological background and doctors already accept that if the person is in good humour while sick the healing is better. That’s at least something already, which is an acceptance of psychosomatic function.

So this psychological approach to astrology is, in the way that we do it, absolutely new to this planet. Big words! But it’s new to this planet. Look around, read books, any number of good books, good astrology books – it’s new, it’s different. You know the best of astrologers, of whom we can say to our students “do read these books”, like Liz Greene or Stephen Arroyo, are psychologically deep. However, from my perspective, they are astrologically back in the Middle Ages. They use the techniques of the past and it doesn’t ever really fit. If you try to go from that point of view, as in those books, it doesn’t really fit. They sort of twist it like this and make it fit. But it doesn’t work out because it’s not consistent.

The system of definition and delineation mostly used in astrology is mediaeval in its mental structure. It doesn’t have the knowledge about human beings that modern thinking has and that modern psychology brings us in a very differentiated way. There is no way in the old terminology of astrology, I’ve tried for years and years and years to correlate modern psychological thinking with the wordings of delineations of the old patterned astrology. No way – it doesn’t function because similar terms in the two fields may mean different things and similar things may have such different names that you never come to the idea “that’s that”. It doesn’t work.

So this, for the time being, is the only astrology that really correlates the two fields into one. That’s why it has this name “astrological psychology”. It’s one thing, it’s not astrology plus psychology. I think that it’s important that you keep that in mind so you will be always be there standing up for this progressive modern approach to astrology. And you will have to stand up some times. If other astrologers come up to you and say “Why are you doing this? Why is it not seven years instead of six years for the age progression and why do you have Saturn as the mother – it’s no good” and stuff like this. You will have to stand up and say that that’s the truth if you watch carefully. If you put Saturn to be the father or something else and you don’t watch, then it may fit your argument but it’s not the truth psychologically – it’s not.

So, you’re up to something in the world going ahead with this kind of astrology or astrological psychology. It is a certain responsibility which you have from a point of view of ethics. Because astrology is being applied to people, to human beings, and human beings can suffer if they are misled by wrong advice. You can do damage and that’s no good, or would you say it’s good to do damage?  I think certain realisations coming from this kind of psychology may hurt the client, but that’s momentary. Then the client always has two possibilities – shrink back from this process, forget it (i.e. not accept it) or work it through – and we can deliver more than just a remark. That again is different from normal astrology – they give you a remark, a statement about that planet there and that ruler over there etc. and no further psychological explanation – they just name it with some words. We can go through explanations of how things are constructed and how they came about, as every psychologist does, only we have the tool of the chart, a diagnostic tool that is very fast.

What I do in two hours, a good therapist needs one or two years to get the same clarity of picture. This is not a pompous utterance, it is sheer fact. It’s practice. So don’t make too much of a point in front of psychologists, they don’t like that. They don’t like the idea that it can be shortened down to two hours, especially not psychiatrists, they will shoot at you!

But life is incredibly interesting living with this astrological psychology. It’s interesting, and you will see that more and more you will attract more interesting people. In the first instance all kinds of people may come because they hear “Aha! Tell me when my mother will die, I want to get the money!” Greed is one thing, wishful thinking is another thing. It’s all been projected onto astrology and astrologers love to serve that. Many, too many, still do.

So, in the course of time you will select just by doing right, not by making propaganda in that sense, but doing right because those who have been with you go to other people and tell them. That’s the best way to do it. Mouth propaganda we call it, word of mouth.

Now, one thing which I think is important. If you do something which is so important and responsible and professional, (it is professional, your astrological education is of the most professional you can get in this world), then you should also try to keep track of developments. You should go on learning more and more about it. You learn in two ways. You learn from sheer practice from the material that comes from the clients, you get more and more live material which can fill in your understanding of charts. This is a way of automatic research and one should be a researcher, in that sense at least. That is, ready to learn more about astrological psychology each time I deal with a person. That’s one thing.

The other thing, of course, is to try to catch up with the developments that have been found within our special field. New discoveries etc. They will come across to you, through writing partly, but also through further seminars you can go to. And, of course, through meeting up in little groups to discuss matters and find out.