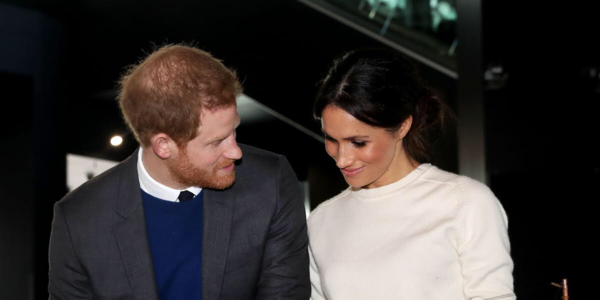 I wrote about Harry’s chart some time ago, on my astrological psychology blog, when there was speculation over whether or not he would go into action in the Iraq war. At the time, he was serving in the armed forces and stated (but note, only via his friends) that he wanted to go to Iraq. What I wrote then is interesting and maybe relevant to the current and ongoing situation of he and Meghan, the Duchess of Sussex, wanting to stand back from full-on royal duties, move part-time to Canada, and carve out a different future for themselves and their new baby.

I wrote then, as his Age Point was conjunct both the North Node and Moon in his chart, and was about to change signs, that the Age Point conjunct a planet or the Node and about to change Sign is significant. He will be psychologically moving away from the home/family scene (although how anyone in the Royal family can get away from being in the “family firm” is a mystery…!) and ready to make his own impressions on the world around him. The influences of family will be weaker, but for Harry, with Moon in 4th House, the pull from this direction is always going to be pretty strong.

In view of the announcement from the Sussexes that they want to remain part of the royal family yet also want to make their own way, the pull of his 4th house Moon is undoubtedly bound up in this. 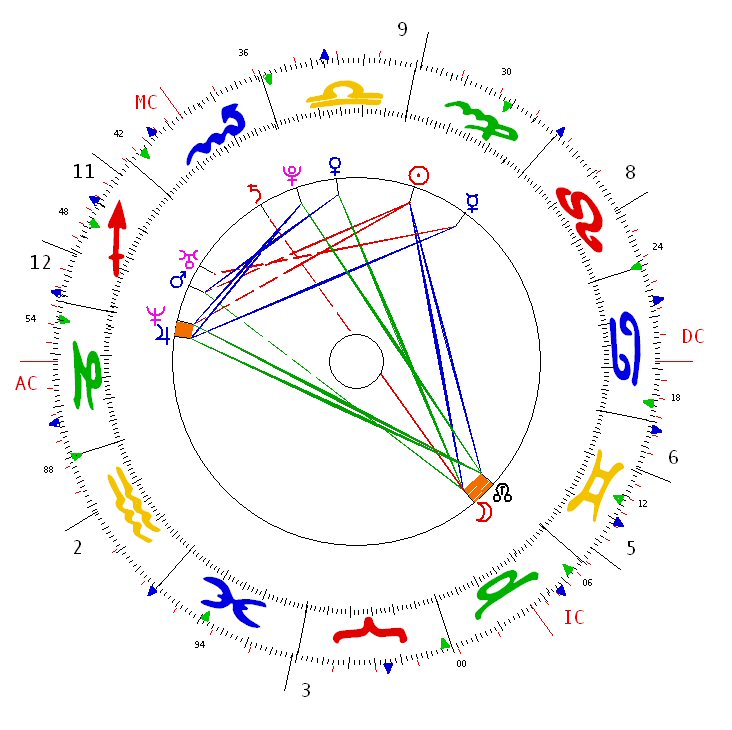 Harry’s chart (15.9.1984, 16.20, Paddington, London – data from official Royal website) offers an image which is rather like a trumpet or megaphone; it’s not difficult to imagine a mouthpiece at the bottom, formed by the conjunction between the Moon and the North Node, with the wide open mouth of the megaphone at the top. Does Harry need to say “Here I am! Notice me!” in a big way? He seemed to be doing this big style late in 2004 when he was in a punch up with the paparazzi, and in February 2005, when he was caught in the headlines wearing a Nazi uniform to a fancy dress party. His partying persona has been somewhat modified by his army training, and he appears to have matured into a likeable, approachable man, less reserved and more relaxed than his brother William.

His chart has a strong vertical movement which suggests a need to be noticed, to assert his individuality. This may be really important for him – he’s the spare, not the heir – so he’ll need to gain recognition in his own right.

But he has an excess of green aspects indicating considerable sensitivity, maybe touchiness, perhaps making him a little thin-skinned and possibly someone who feels quite deeply. The overall Dynamic/Mutable shaping of his chart offers flexibility and with Saturn close to the MC could endow him with an air of authority and possibly leadership potential.

When I wrote the original blog post, I said, Age Point on the Node is interesting. The Node is a part of one of the Dominant Learning triangles in his chart, and is at the apex of one of the Projection figures. It is part of the conjunction which pins him to the collective yet it can also act as a point of growth and personal development for the individual. The task of the 4th House Node is associated with becoming more humble, more “ordinary”, and of getting down from any pedestal where the person might feel special or significant, taking their place alongside others without recourse to pulling rank.

The current situation which he and Meghan are embroiled will, for Harry, be coloured to some extent by the pull of the 4th House North Node; it’s a focal point. But alongside this what can’t be ignored is the excess of green quincunx aspects in his chart, hinting at internal struggles and heightened sensitivity. He has spoken openly about his mental health issues, the effect of losing his mother Diana when he was at a vulnerable age (just 13), and it’s not difficult to imagine his dread and fears that history could be repeated as Megan has been pursued and criticised by the press.

A few observations now on where his Age Point was at the time of Diana’s death. A Dominant Learning triangle was in operation then, with his AP trine Uranus and quincunx Mercury; right now his AP is quincunx Uranus, which aspects Mercury, so once again both planets are involved. This time it’s a different turn of the spiral as his AP nudges the DC. This is a time when he is more than ever likely to feel the urge come into his own, be true to himself, and seek changes in his life. With Uranus involved, Harry’s current situation, and that of the established royal family, are both revolutionary and disturbing.