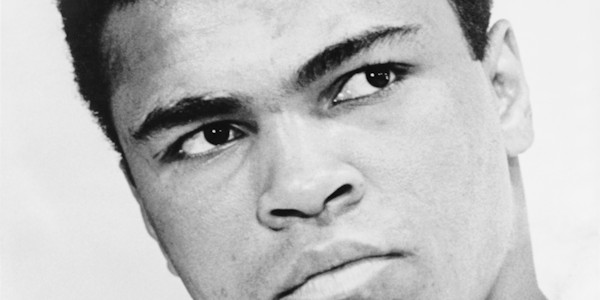 On 3 June 2016, the greatest sportsman of the twentieth century died at the age of 74.

Mohammad Ali, born Cassius Marcellus Clay Jr on 17 January 1942, at 18:35 in Louisville, Kentucky, was an American light-heavyweight gold medallist, the only man to win the world heavyweight championship three times. He brought boxing from the backstreets to centre stage, championed civil rights, refused to fight in the Vietnam War, influenced people far and wide, and planned his own Interfaith funeral—held on Friday 10 June 2016—five years in advance of his death. Although I have never liked boxing, it felt important to take a look at the Huber chart of such a major figure in public life and share my discoveries.

Not surprisingly, his natal chart resembles a mountain range. With Sun in Capricorn, Leo ascending, and Saturn/Uranus in the 10th house, this is an ambitious chart. Sun in the 6th house is in opposition to Pluto in Leo, and both are square Mars at the beginning of Taurus in the 9th house, making a cardinal/fixed Achievement Triangle of the three planets of mind, will, and action. As might be expected, Sun—which also forms a Large Talent Triangle in earth with Uranus and Neptune—seeks the limelight in the cardinal zone of the 6th house, and Pluto is focused in the fixed section of the 12th. But I had to look a second time at the position of Mars in 3° Taurus and check that the Astro-Databank Rodden Rating was AA. Mars is barely over a degree from the low point in the 9th, some distance away from the stressed position behind the Midheaven at 12°Taurus that Michel Gauquelin associated with major sporting figures. So it would appear that, from the start, Ali was driven by mind and determination to excel where he could rather than by a spontaneous urge to express himself through physical action. Mental orientation is further expressed through the tight conjunction of Moon/Mercury in Aquarius, stretching across the DC to Venus, making a trine to Jupiter in Gemini, and forming a Dynamic Learning Triangle with the North Node in Virgo. Ali is remembered as much for saying he would ‘float like a butterfly’ and ‘sting like a bee’ as for landing punches.

In the latter part of his life he suffered from long-term ill health, enduring Parkinson’s disease for his last 32 years, so it is no surprise to find that the age progression chart for his death shows him passing through the 3rd crossing of his natal and nodal age points on the cusp of Virgo in the 1st house, making a trine to Mars, releasing his spirit from a physical body that had become a burden.

Considering Ali’s larger than life personality and iconic status, I have followed up my recent article on dwarf planets in Conjunction by adding Ceres, Eris, Makemake, Haumea, and Sedna to his natal chart, expecting to find some close aspects to these distant celestial objects, and I was not disappointed.

Ceres, or Mother Nature, at 7°38 Aquarius is widely conjunct Moon at 12°26 and accentuates the stellium in the 6th house in opposition to Pluto in the 12th. Haumea, the Hawaiian goddess of creation is at 16°13 Leo, behind Ali’s Ascendant at 19°32 Leo and in opposition to Venus on Descendant, while Venus in Aquarius is exactly sextile Sedna the Pacific sea goddess at 20°02 of Aries in the 9th house, emphasizing far-reaching impact of Ali’s charisma. Makemake, the creator bird god of Easter Island, at 11°49 Cancer in the 11th house adds a splash of water to a predominantly earth/air chart, combining a quincunx to Moon and a semi-sextile Jupiter to make a new Searching Figure and give imagination to Ali’s quest on behalf of humanity. Finally, competitive, warlike Eris, the sister of Mars, is at 4°16 Aries in the 8th house, exactly trine Pluto in Leo 12th, highlighting the transformative depth and impact of Muhammad Ali on our changing social perceptions.