Encountering Jupiter in my Consciousness 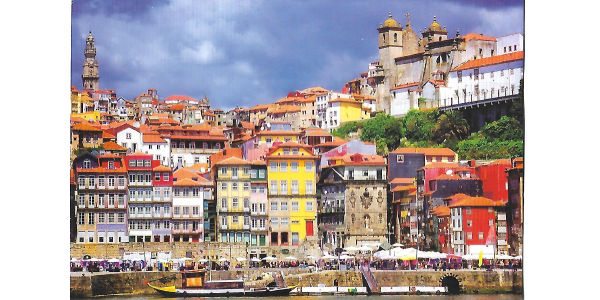 Not until my mid-fifties did I understand why I so often had the urge to travel.  It was then that I studied Astrological Psychology which answered my question: with Jupiter conjunct the North Node on my Ascendant, it was the path to follow for my soul’s journey.

Jupiter is in Pisces and as my Age Point will be face to face with Jupiter at the end of this year, this strong energy in my chart and consequently in my consciousness is taking me on the creative adventure of my life – when I publish everything written throughout my life.

In my case, the bigger picture comes in the form of a Projection Figure with Jupiter as the projector operator.

Pluto at one end of the Screen

With Pluto on the cusp of the 6th house in Leo, there were many deaths and rebirths in the area of work. After leaving academia – which I found too left-brain – I became a freelance copywriter in the adventurous creative world of advertising.  After two years of working full time to get to know the ropes, I started freelancing. The longest I stayed at any agency throughout 30 years in advertising was 14 months.

Another reason for my constant moving around which Astrological Psychology made clear to me is that there is a surplus of water in my temperament  making me not only highly emotional, but also highly mutable, as mutable as only a fish can be. (If a fish doesn’t constantly move around, it can only be dead.)

I was exceedingly lucky, thanks to Jupiter, in that opportunities literally abounded. If I think of how few opportunities there are now for people in South Africa, I was divinely favoured indeed.

Freelancing enabled me to formally and informally study areas of interest to me. Freelancing also enabled me to go to 25 different countries around the world, mostly alone so that I could experience the essence of a place and often write short stories on it, such as Neptune’s World which Prague represented to me. And lastly, it enabled me to avoid the worst aspect of working full-time: office politics.

My travels started in my early teens when my family first went to Mozambique, then a Portuguese colony. We’d go there every year for Easter and Xmas. My travels ended with my trip in September this year to Portugal,  a country I found colourfully creative and architecturally aw-inspiring.  Travelling now is too physically challenging for me, not to mention the bureaucratic nightmare to get a Schengen visa! From now on, I will have to only travel in my head.

Neptune at the other end of the Screen

Neptune is in the 8th house, fortunately in Libra rather than Scorpio. With the Moon – my strongest ego planet  in Scorpio  –  I suffered immensely  emotionally. (See my article on the blog regarding the Large Talent Triangle in my chart.) But over the years, I also gained a deeper understanding of Divine Love which certainly wasn’t the sex (falling in love), death and rebirth of Scorpio. In Libra, my understanding of love became more balanced and compassionate.

After the many trips I made to Thailand for work, fired up by Jupiter in 2005 when I was 54, I would now say that Buddhism is the religion closest to my heart after experiencing the immense kindness and compassion of the Thais, especially as I come from a crime-ridden and often violent South Africa. This certainly had an influence on my concept of Divine Love. Thanks, Jupiter, for giving me the Bigger Picture.

In the Heroine with my Face article, I wrote how Jupiter opposed my academic studies when I went back to university. Jupiter is after all in Pisces and consequently more creative. What only occurred to me now is that during one lecture I first heard the name of Sarah Baartman, the Khoi woman known as The Hottentot Venus who was exhibited at Piccadilly freak shows because of her enormous buttocks. This resulted in my writing a drama, a film script and a radio play, none of which came to fruition. “No luck this time,” said Jupiter.

But Jupiter did open up many worlds for me in my research in Khoi myths and their symbolic meaning, and Anthropology. I went to both London where I did more research at The British Library, and Paris at the Museum of Man where her body was dissected after her early death by leading scientists who were searching for the missing link between man and ape. It was the longest creative adventure in my life.

Will Jupiter bring me better luck this time around? I think I just heard him say: “I’m with you all the way.”