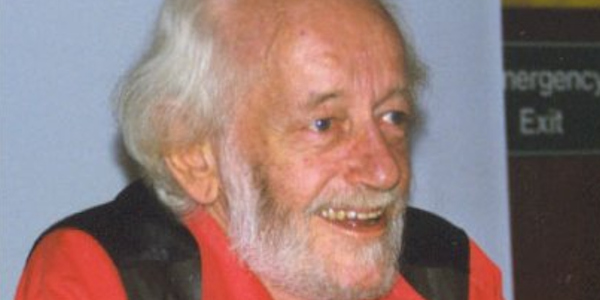 Bruno Huber was a Swiss astrologer and psychologist. In 1968, with his wife, Louise Huber, he founded Astrological Psychology Institute, which became an internationally-renowned school of Astrology. It was run according to humanist and psychological principles, based on Dr. Roberto Assagioli’s theory of Psychosynthesis. The school initially offered personal teaching, and then professional Diploma training from 1973. Huber schools were subsequently established in UK and Spain. The Hubers’ teachings were gradually crystallised into books, which have subsequently been translated into many languages. Their holistic method of Astrological Psychology has a worldwide following.

The young Bruno Huber had a voracious interest in astrology, psychology and philosophy, but became disillusioned with the practice of astrology at that time. In 1952 he met astrologer and esotericist Louise, discovering an immediate common bond. They married a year later and lived in the lively intellectual environment of Zürich.

In 1956 they were involved for two years with setting up a branch of the Arcane School in Geneva, giving a strong spiritual grounding to their subsequent work.

In 1958, Bruno was invited to Roberto Assagioli’s Psychosynthesis Institute in Florence, which led to the pair spending three years there assisting with running of the Institute and the documentation of Assagioli’s psychosynthesis. During this period Bruno was able to perform extensive research into the horoscopes and psychological profiles of Assagioli’s patients, and eventually he developed the revolutionary theories on horoscope interpretation that became the basis for Astrological Psychology, or Huber Astrology.

In 1963 Bruno & Louise returned to Zürich. After a further period of exploration, in 1968, Bruno & Louise began to give seminars on the results of their researches, and the Astrological Psychology Institute was founded. A lively following soon developed in Zurich, and the teaching activities developed apace, going further afield in Switzerland and Germany, and then at international conferences, and in USA, UK, Spain and Brazil. By the early 2000s tens of thousands of students had been through the courses, and equivalent courses were available in Spain and in UK.

By 1974 the need to crystallise the Huber teachings in books had become evident, a publishing company was formed, and a series of books gradually emerged; most have subsequently been published in English and in Spanish. The astrological psychology magazine Astrolog was established in 1981 and continues to this day.

The Hubers were also heavily involved in organising and presenting at three-yearly World Astrology Conferences in Switzerland.

In 1991 Bruno had a heart attack, which forced him to slow down somewhat. Although Bruno was still involved in teaching, their son Michael took on some of the load.

In 1999 Bruno died, and the work was subsequently taken forward by Louise, Michael and a strong cohort of teachers who had been involved with API for many years.

The fruitful partnership between Bruno and Louise can be characterised astrologically: Bruno was the creative inventor of new astrological structures (Uranus) whereas Louise was the elemental force that created the forms and structures of the Institute that brought them to fruition in the world (Saturn).