A Tribute to Richard Llewellyn 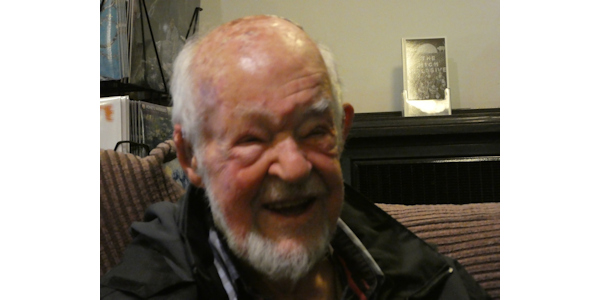 A Tribute to Richard Llewellyn

Richard had already studied astrology with the Mayo school, and served as Membership Secretary for the UK Astrological Association, but he was finding the traditional approach to the subject less satisfying. In 1981 he was introduced to the work of Bruno and Louise Huber by Pam Tyler, an American astrologer living in London. Strongly drawn to the psychological approach of the Hubers, Richard travelled to Switzerland to attend several seminars run by Bruno and Louise. He found the Huber Method – details of which were only available in German – so significant and important that he decided to create a school offering home study courses which would teach it in English.

In 1983, he and Pam Tyler founded what was to become the English Huber School and Richard set about writing up what he’d learned from the Hubers. Based on the notes he’d made during his visits to Switzerland, together with insights he’d gained into his own chart when working with Bruno and Louise, he created a correspondence diploma course in astrological psychology for the English-speaking world. The course was launched and the first student enrolled in 1984.

Richard’s energy and determination made this all happen. I wouldn’t be writing this now had it not been for him; I was amongst the first five students to complete the course and gain my diploma from Bruno and Louise in Zürich in 1987. A brief look at Richard’s chart will go some way towards explaining where his indomitable energy might have come from.

With his 12th house Leo Sun conjunct Neptune he was warm, friendly and fun to be with This was always coupled with sensitivity but my goodness, watch out for that unaspected Mars in1st! There was no holding him back when a new project was taking off.

His chart, with its high ratio of red aspects, reflects this general enthusiastic “let’s get things going” motivation. Many students who attended his workshops will remember this well; Richard was fun to work with and learn from. But if we look more specifically at the one complete aspect pattern in his chart, the Provocative Figure, Richard’s calling and mission become clearer.

One meaning of the word “provoke” is to irritate and annoy, yet it also means to call forth, awaken, encourage and speak in favour of. The Hubers, in their book Aspect Pattern Astrology, speak of how the Provocative Figure might be expressed, “…..the person authorises himself and has the courage to bring things into the open that would otherwise remain hidden”. That is exactly what Richard did. Note that Uranus – one of the planets involved in this aspect pattern – is strongly placed in the 8th house, suggesting that sharing this unique approach to astrology would make it accessible for the good of all, to benefit society and the wider world. This is perfectly aligned with Assagioli’s psychosynthesis, which underlies the work of the Hubers together with the philosophy of the Ancient Wisdom, as channelled by Alice Bailey in the Arcane School. Bruno and Louise had been involved in establishing the Arcane School in Geneva, and they’d worked with Assagioli in Florence for three years.

In my book, Aspect Patterns in Colour, I use the Provocative Figure in Richard’s chart as an example of how this aspect pattern works, mainly because I was able to observe it in action and understand it better as he was my friend as well as my colleague. Richard and I cooperated in writing The Cosmic Egg Timer, an introduction to astrological psychology, which includes many of the practical exercises we used in the experiential workshops we co-facilitated.

I learned so much from working alongside Richard, and enjoyed our frequent astrological discussions. Not only was he was a good astrologer, he was a psychosynthesis counsellor too, bringing his skills to the workshops we ran and helping to guide students to a deeper understanding of themselves. He facilitated astrological psychology and psychosynthesis workshops in Brazil, Spain, Switzerland, Sweden and Italy, as well as here in Britain.

More recently, as his health began to fail, Richard shared reminiscences of his time spent with the Hubers when he visited Switzerland ahead of creating the diploma course. He contributed new and valuable information about Bruno and Louise Huber for Piercing the Eggshell, the biography of their lives which was published in November 2020. It’s satisfying that Richard was able to see this book, and he was delighted to receive a copy. Without a doubt it would not have been written had it not been for him.

After retiring as Principal Emeritus of APA in 2008, Richard returned to service with the Astrological Association and, with partner Elly Gibbs, helped establish and maintain the AA’s huge library of audio recordings of astrological talks, including those by the Hubers, for the benefit of all astrologers. In 2013 he received the Charles Harvey Award for exceptional service to astrology.

This is a tribute to Richard the astrologer, but I’m writing this as a close friend as well as a colleague. I have countless good memories of being with him when we were taking time off from facilitating residential workshops or attending conferences to give talks. I remember with pleasure standing with him on a Welsh hilltop in 1999, in a circle formed by our families, as we experienced the solar eclipse, sharing walks on Dartmoor and in North Wales, enjoying visits to concerts and the opera, swimming in the Mediterranean during time off from teaching in Barcelona and going with him to receive darshan from Mother Meera in Germany.

Richard had been living with cancer for some time, yet retained his sense of humour despite the numerous operations he underwent. We often exchanged emails and spoke on the phone, and on the few occasions we were able to meet in the past year during the easing of lockdowns, it was always a pleasure for us both to reconnect and talk, sometimes about astrology, but usually about a diverse variety of other things too.

Richard passed away at home, cared for by Elly and close members of his family. Thanks for everything, Richard. I’ll miss you.